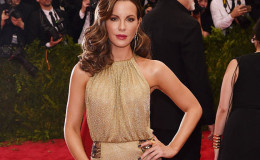 English Actress Kate Beckinsale rumored to be dating actor David Williams after divorcing her husband Len Wiseman, she has a daughter with her former boyfriend.

After ending her 12-year-long marriage with her ex-beau, director Len Wiseman, the super hot actress Kate Beckinsale sparked rumors of dating someone new!!

It looks like she's giving a taste of his own medicine to the director as he too was spotted hanging out with a younger actress and model, just weeks after their split was announced. So, have the couple really moved on with their lives or it's just another controversy they're trying to pull off? Let's find out!

There was soft music, candle lights, laughs and flirts, and both looked pretty cozy together. The love birds we're here talking about is gorgeous actress Kate and handsome actor David Williams. 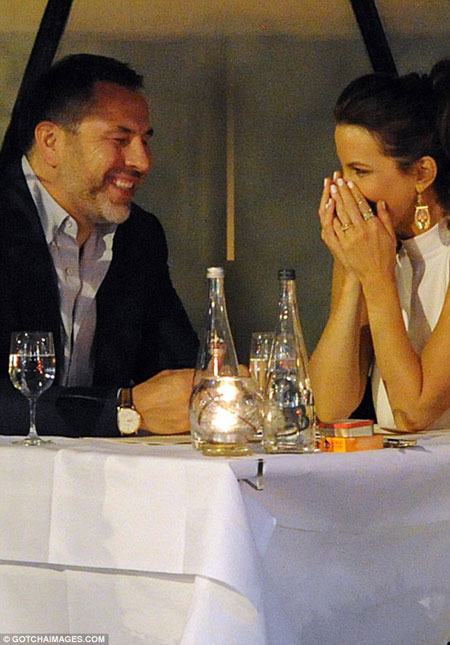 Back in 2016, Kate and David were spotted enjoying a romantic dinner together in Mayfair. Both looked amazing together when they arrived at the restaurant holding hands. Just hours after the news, the media went crazy over the alleged relationship of the rumored couple. 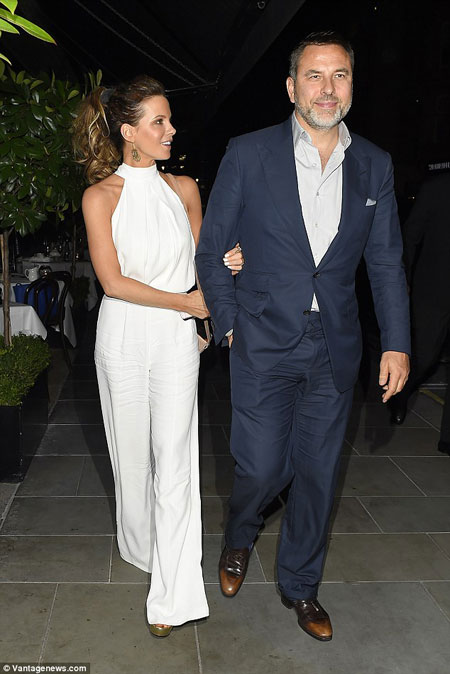 Kate was rumored to be dating David Williams, Source: The Sun

The rumor spread like a wildfire and everyone was doubting the pair's possible relationship. Knowing this, the sexy UnderWorld Awakening actress, Kate took it to the Twitter to address the ongoing rumors. She posted a funny tweet with a picture of her and David Williams and quoted,

"This is my dear friend, @davidwalliams. If I ever see him naked I will immediately tattoo a [egg plant emoji] on my face for clarity,"

She also further tweeted that they have been friends for a long time and it was just a friendly catch-up during the dinner, nothing more than that! 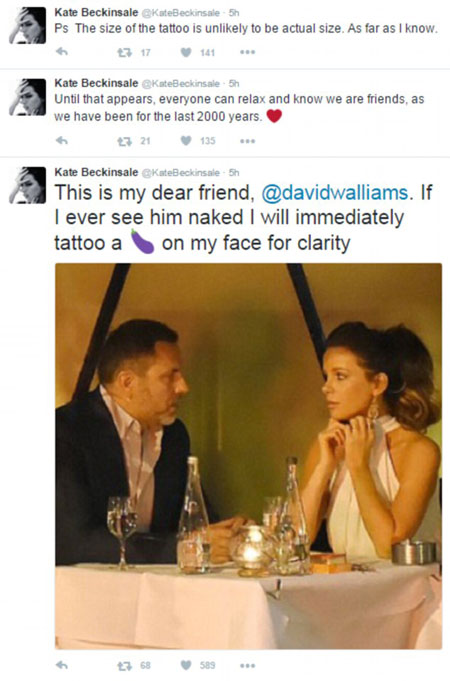 Well, as now it's clarified, we bet that Kate is enjoying her singlehood, spending time with daughter and friends.

Now, coming back to her ex-husband Len Wiseman, he too was spotted rekindling romance with a younger actress CJ Franco back in October 2015. It was just a month before Len and Kate announced their separation. 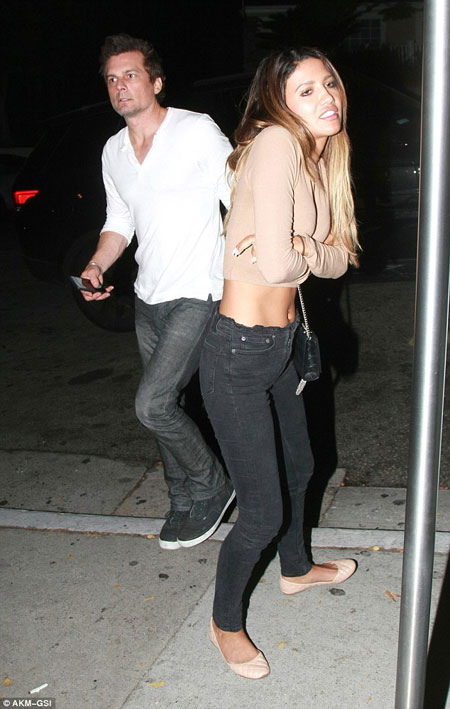 However, recently, the pair has not remained active on the media as they have not made any appearances together.

The 43-year-old actress Kate first laid eyes on the handsome director Len Wiseman on the set of the film Underworld, back in 2003. While working, they fell for each other and started dating.

Talented director Len featured Kate in the Underworld series as the lead actor that made Kate a global star in the international platform, as the power packed and sexy character. Selene. 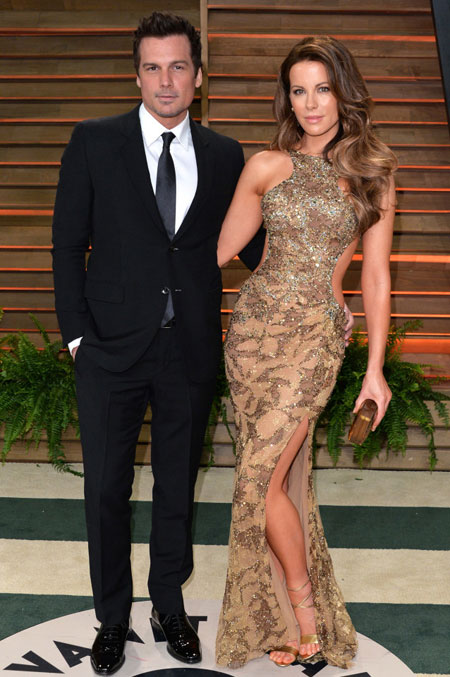 Smitten with love, Kate married Len on 9 May 2004 in a private wedding at Bel-Air California. The duo was happily married for 12 long years, until in November 2015, when Kate released a statement that the duo had officially separated.

They filed for divorce in 2016, citing "irreconcilable differences" and finally moved on with their lives. 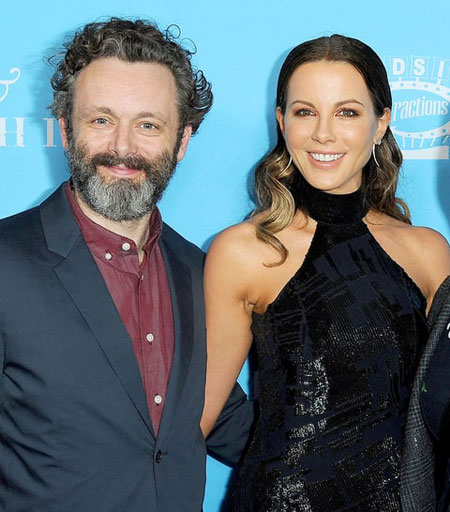 Kate with her former boyfriend Michael Sheen, Source: Us Weekly

Before marrying Len, Kate was in a long term relationship with the famous English actor, Michael Sheen. They also share a beautiful daughter together, named Lily who as born in 1999. The unfortunate pair split in early 2003, based on mutual understanding. 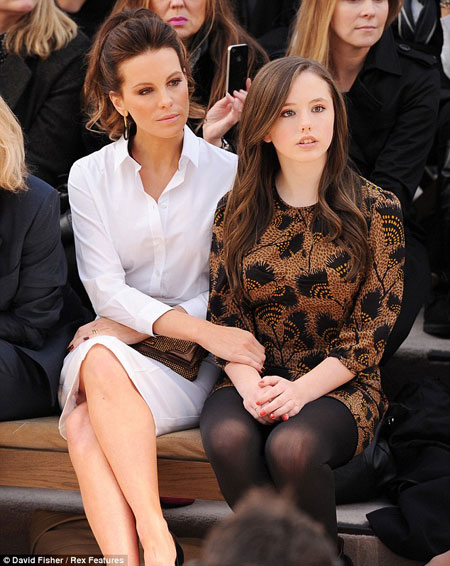 Despite their split, they are still in touch, and under good terms and spend a lot of time together as a family.

For more recent gossips and news, keep following our page and don't forget to drop some comments about the article.