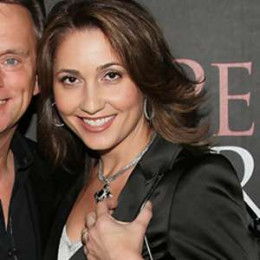 Lesly Brown, a photographer is the wife of Pat Sajak, an American television personality, former weatherman, actor, and talk show host, best known as the host of the American television game show Wheel of Fortune. The couple married in 1989. Lesly Brown is famous because of her husband. Her husband is an active supporter of conservative political causes and written a number of columns for the conservative magazine Human Events.

Lesly Brown was born on February 18, 1965, in the USA. She belongs to the white ethnicity and holds an American nationality. She is a professional photographer but mostly, people recognize her as Pat Sajak's wife who is a television personality, former weatherman, and talk show host.

Lesly Brown was crowned with Miss Georgetown at the University of Maryland. In 1988, she has appeared in a Playboy pictorial, “Women of Washington”.

Her husband, Pat is best known as the host of the American television game show Wheel of Fortune. He is also the author of several puzzle games, the first and best-known of them being "Lucky Letters", which debuted in 2007. Along with her husband, Lesly has also appeared in the show, Wheel of Fortune as a special guest star or sometimes as a guest hostess.

Currently, Lesly Brown's exact salary and net worth are under review. However, her husband has earned an impressive net worth of around $55 million with an annual salary of $12 million.

Lesly Brown is a married woman, she tied a knot with husband Pat Sajak in 1989. The duo dated for a long time before committing as a husband and wife. 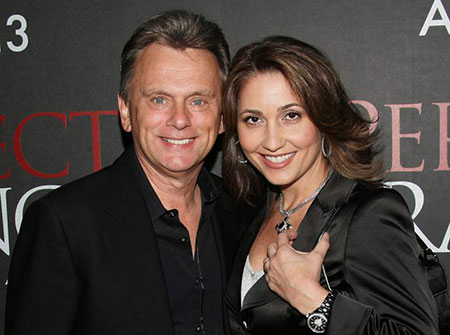 Currently, the couple along with their kids lives in Severna Park, Maryland, and has a second home in Los Angeles, California.

Pat Sajak is her husband. He is a former weatherman, actor and talk show host, best known as the host of the American television game show Wheel of Fortune.

The couple has a son named Patrick Michael James Sajak ,he was born on September 22, 1990.

Her daughter named Maggie Marie Sajak was born on January 5, 1995.