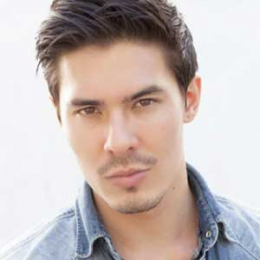 British actor and model, Lewis Tan is popular among audiences for his role Zhou Cheng in Netflix's Iron Fist. He started his career as a child artist in 1990 but made his real entertainment debut only in 2006 as a stuntman in The Fast and the Furious: Tokyo Drift.

The current relationship status of Lewis Tan is possibly single. Moreover, he is out of dating rumors and seems focused on his career.

The actor might date ladies from inside and outside of Hollywood but due to his secretive nature, he never speaks about his love life in media. Many assume Tan must be waiting for his lady love who inspires him.

What an extraordinary year. By far the most challenging, likewise the most rewarding. Happy New Years #Thailand #200mm #mediumformat

Lewis is pretty active on Instagram with 102k+ followers. Most of his posts are related to his on-screen and off-screen work. Besides that, he also shares his vacationing pictures.

Lewis Tan is an actor, model, and stuntman by profession. He accumulated an impressive sum of net worth from his career.

Tan holds a net worth of $2 million from his career in different field like acting, body double and modeling. He has appeared in a number of Netflix shows and usually, Netflix actor earns $52,000. More to that, Lewis earns more than $70,000 as a stuntman and $32,000-$48,000 from modeling assignments.

In 2018, he starred in Deadpool 2 as Shatterstar along with Ryan Reynolds, Josh Brolin, and Morena Baccarin. The movie earns $785 million against the budget of $110 million.

What a night, great energy thank you @eltonjohn and @tomford for this suit that I will never take off🌟 #academyawards #oscars2019 #TomFord @ejaf