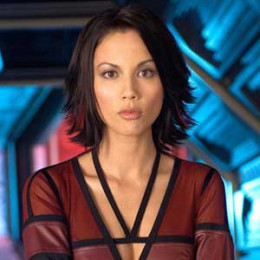 Lexa Doig is a Canadian actress who is popularly known for her role, Talia al Ghul in popular superhero television series, "Arrow". She debuted in the entertainment industry in 1993 from the Television series "The Hidden Room" and her movie debut happened in 1995 from the movie, "Jungleground". Doig is actively linked to the charity named "Multiple Sclerosis Society of Canada".

Doig is a married woman and the mother of two children. She married her longtime boyfriend and co-actor, Michael Shanks on August 2, 2003.

Lexa Doig was born Alexandra Lecciones Doig to parents Gloria B. Lecciones and David W. Doig on June 8, 1973. She was born in Toronto, Ontario, Canada and was raised with her older brother Ted Doig. Her mother was originally from the Philippines and worked as a nurse while her father is an engineer having Scottish and Irish ancestry.

She enrolled in rhythmic gymnastics when she was a young child and later on, learned American Sign Language. 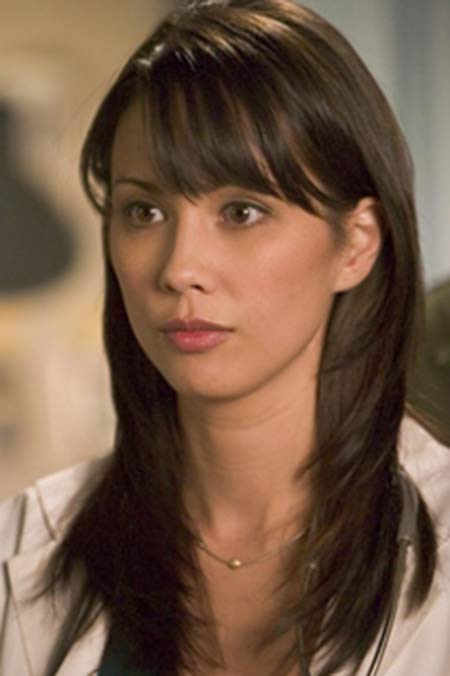 Doig became interested in acting at an early age of 9 after watching a theatre production named Porgy and Bess. For schooling, she attended Don Mills Collegiate Institute where she did her secondary education studies.

During that time she also took a vocational modeling program to train herself well in modeling. It was at the age of 16 when she got an offer from a talent agent to represent for them. The agent linked up her with several modeling projects which brought her fame and recognition.

Eventually, she was chosen to co-host a Canadian game show named Video & Arcade Top 10 for 14 years from 1991 to 2006. To pursue her career as an actor she left her high school studies when she was at grade 13 and started appearing in movies and Television series.

Lexa Doig is a professional model and actor who debuted in the entertainment industry in 1993 when she was cast in the series, The Hidden Room where she portrayed the second girl in an episode. Doig was cast in the 1995 movie Jungleground which was her debut movie.

In 2002 she was cast in the role of Rowan LaFontaine in the movie Jason X alongside Kane Hodder and Lisa Ryder. In 2011, she appeared in the movie Tactical Force. In her career, Doig has appeared more in small screen than in big screen. She has been featured in tons of Television films and series.

Doig appeared in the TekWar franchise from 1994 to 1996 in the role of a Cowgirl and appeared alongside William Shatner and Greg Evigan. She featured in an episode as a guest cast in the several series like Earth: Final Conflict, Killer Instinct, Supernatural, Primeval: New World, Eureka and so on. Her starred series Andromeda was a Canadian-American science fiction drama where she portrayed Andromeda Ascendant for 109 episodes. 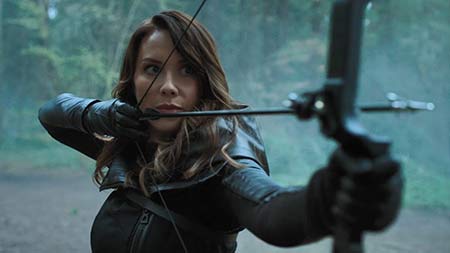 Her 2017 American superhero televisions series, Arrow has been a prominent event in her career. In the series, she appeared in the role of Talia al Ghul who has a mix of both good and evil features. She shared the screen with Stephen Amell, Rick Gonzalez, Katie Cassidy and Willa Holland. She was also cast in the E!'s series The Arrangement for the main role where she played the role of Deann Anderson.

Lexa Doig's Net Worth And Charity

The Canadian movie and television actress Lexa Doig has an estimated net worth of $500k according to the Celebrity Net Worth. She earned her fortune from appearing in several TV series like Arrow and The Arrangement. Her husband Michael Shanks has a net worth of $2 million according to Celebrity Net Worth but The Richest states it to be $215 million.

Doig is involved in charity works for the betterment of the less fortunate. She and her husband Michael both are linked to a charity named Multiple Sclerosis Society of Canada.

Doig is a married woman and the mother of two children. She married her longtime boyfriend and co-actor, Michael Shanks on August 2, 2003. The couple together has two children, a daughter named, Mia Tabitha Shanks who was born on September 13, 2004, and a son named, Samuel David Shanks born on March 19, 2006. 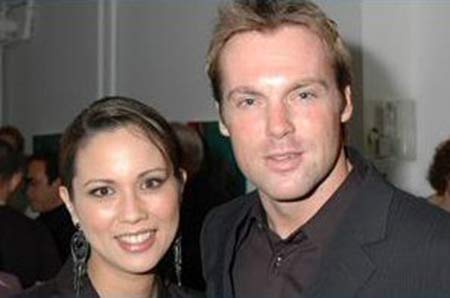 They first met on the set of Andromeda where Doig starred as a lead and Shanks guest-starred in an episode and later on appeared in other episodes as well. The couple also worked together in Stargate SG-1 for two seasons. Shanks has a daughter named Tatiana Shanks born on August 1998 from his previous relationship with actress and model, Vaitiare Bandera.

As of 2018, the pair is going strong and together for 15 long years residing in Vancouver.

Doig is the cousin of actors Rowland Santos and Rey-Philip Santos.

Hicks and Hudson found a box

She believes that there are no regrets in life but only life lessons. As for her hobbies, she enjoys roller-blading, playing RPG video games Dungeons and Dragons and also reading.

She owns two cute cats named Hicks and Hudson and loves watching cartoons. Doig is active on social and news media. She has 35.8K followers on her Twitter and 14.5k on Instagram as of July 2018.

Lexa Doig married her longtime boyfriend and co-actor, Michael Shanks on August 2, 2003. The couple has two children together.

Michael Shanks and Lexa Doig gave birth to their daughter Mia Tabitha Shanks on September 13, 2004. She is their first born child.

Michael Shanks and Lexa Doig gave birth to Samuel David Shanks on March 19, 2006. He is the second born of the couple.