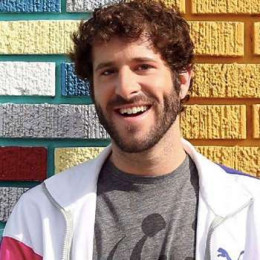 David Andrew Burd better known as Lil Dicky or LD is an American rapper and comedian. He is best recognized for his viral videos on the internet. He rose to popularity after releasing the video of his song titled Ex-Boyfriend, which crossed 1 million views in 24 hours.

David Andrew Burd was born on March 15, 1988, in Cheltenham Township, Pennsylvania. He holds an American nationality and belongs to the White ethnicity. He was raised in an upper-middle-class Jewish family in the Elkins Park.

Burd’s interest in the music started to grow during his childhood days. He listened to hip-hop music and alternative rock. He started rapping while he was in fifth grade. He started working on his debut mixtape, So Hard in 2011. He completed the mixtape in two years.

Burd, 30 became popular after he released the music video of the song, Ex-Boyfriend on April 23, 2013. The video went viral and received over 1 million views within 24 hours of being posted on YouTube.

Burd has never been married and certainly does not have any children yet. He currently resides in Cheltenham Township.

He uploaded an Instagram image with "itsbennyblanco" that made his fans question on his sexuality.

Burd made an enormous amount of money from his work. He has a net worth of $8 million as of 2019. His debut studio album, Professional Rapper reached No.1 on the US Rap, US Indie, and US comedy charts.