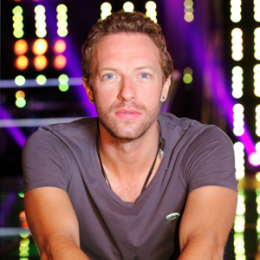 Well known lead singer of the British rock band Coldplay, Christopher Anthony John Martin, also known as Chris Martin is a record producer, philanthropist, musician, and songwriter. He along with the band released the single "Yellow" which led them to be the most popular rock band worldwide and they've won series of Grammy's over the years. With a huge amount of net worth, Martin is living a luxurious life along with his children, following his divorce from actress wife Gwyneth Paltrow in July 2016.

Chris Martin was born on 2nd March 1977 in Whitestone, Devon, England. He is the eldest child of five children. Born to Alison Martin who is a music teacher, and Anthony Martin, a retired accountant, Chris Martin is White of ethnicity and holds British nationality.

Chris Martin later joined University College London and graduated with first-class honor in Latin and Greek. During his sophomore years, he built a strong friendship with Will Champion, Jonny Buckland, and Guy Berryman, who later became his bandmates.

While he was studying in UCL, Chris Martin met Jonny Buckland the now band's lead guitarist. The duo, passionate about music decided to make a band. Later, the duo was joined by Will Champion, drummer, and Guy Berryman, the bass player.

The group officially formed a band named Coldplay in 1996. First, the band was named as Pectorals which got changed for a brief period of time. Later, they changed the band's name to Coldplay as the final one. An interesting fact about the band's name is that it was the name of another band and one of the members offered the name who didn't want the name.

The band achieved great success and fame internationally since their first album Parachutes which was released in 2000. A single from the album, named Yellow peaked at number 4, as their major song which led the band to gain huge fame and success.

Their second album, A Rush of Blood to the Head stood out as one of the best albums of the year 2002 with iconic songs including, Clocks, In My Place, Up and The Scientist.

In the recent years, they released their another hit album, Ghost Stories in 2014, featuring chart-topping songs including Magic, A Sky Full of Stars, Midnight, True Love and so on.

Till today, Coldplay has released 7 studio albums altogether. The band has also released various EP's at the starting of their creation including The Blue Room and Safety.

Chris Martin has also worked as a solo artist. He has written various of the song including Jamelia(''See It in a Boy's Eyes''), and Embrace(Gravity). Martin has collaborated with Rox Sexsmith, Faultline when he sang on two haunting Faultline tracks: Your Love Means Everything Part 2, and Where is My Boy?.

In 2015, Chris Martin worked with DJ and producer Avicii for their new tracks for the album Stories. The following year, the Chainsmokers posted two mini clips of an upcoming song with featuring vocals from Chris Martin. On 22nd Feb 2017, The song Something Like This was released which ranked number 3 on the US Billboard Hot 100. Not only this, he's also collaborated with several artists including Swizz Beatz, Kanye West, rapper Jay-Z, Nelly Furtado and so on.

On 12 December 2012, Chris Martin performed a part of "12 12 12 Concert" which was organized to raise fund for the Hurricane Sandy relief. Other artists in the program included Roger Waters, Bon Jovi, Kanye West, Paul McCartney, Alicia Keys, the Rolling Stones, Billy Joel and the Who.

Chris Martin has also served as the creative director of the Global Citizen Festival in 2015, a role he will maintain for fifteen years. The festival was held on the Central Parks's Great Lawn in the New York on 26 September and featured performances by Pearl Jam, Beyonce, Ed Sheeran, and Coldplay.

Chris Martin earns a huge amount of money from his versatile career as a singer, songwriter, record producer, philanthropist and more. As of 2018, his total net worth is estimated to be $280 million.

Martin has earned a huge amount of money from his albums which includes,

The bands tour, A Head Full of Dreams Tour, touring all across the five continents. The tour raised a gigantic $523 million, with 114 sold out performances, making the tour Billboard's third highest grossing tour.

Besides, Chris Martin also owns various expensive homes. In 2006, Martin along with his ex-wife Paltrow bought East Hampton home for $5.4 million. One year later, they sold their previous Santa Monica apartment for $1,800,000.

The same year, the ex-couple also bought $5 million apartment in the River Lofts Development, Manhattan. After few years, the couple again purchased an expensive home in Brentwood, Los Angeles for $9,950,000.

After the divorce, the couple had £120 million of combined property which was divided in between as the divorce settlements.

On 5th December 2003, Chris Martin married American actress Gwyneth Paltrow. The pair married in a quiet ceremony in the presence of their family and friends. On 14 May 2004, the couple welcomed their first child a daughter Apple Blythe Alison Martin.

Martin and his wife had their second child Moses Bruce Anthony Martin on 8th April 2006 in New York City. Martins bandmate Jonny Buckland and Simon Pegg are godfathers of Apple Martin, whereas Martin is godfather to Pegg's daughter.

After ten years of their marriage, Chris Martin and Gwyneth Paltrow began having issues and announced their split. Martin's wife Paltrow filed for divorce in 2015, which was finalized on 14 July 2016 by the court.

Following the divorce, Chris Martin has been linked with 50 Shades of Grey franchise star, Dakota Johnson. The two are secretly dating since last month and have been spotted a couple of times together displaying PDAs.

Martin was a vegetarian for a long time. He was also listed as the World's Sexiest Vegetarian by PETA in 2005. Since his divorce, Martin has started eating meat. He is also a big supporter of Arsenal Football Club.

During an interview with Rolling Stone in 2005, Martin spoke about his religious views,

''I definitely believe in God. How can you look at anything and not be overwhelmed by the miraculousness of it?''

I went through a weird patch, starting when I was about sixteen to twenty-two, of getting God, religion, superstition, judgement all confused.''

He also said about his time of spiritual confusion. He once declared himself as an "all-theist", a category he created himself, explaining that he believes in everything.

Chris Martin and Gwyneth Paltrow stayed together for more than 10 years. They also share two children together.

Apple Martin is the first child of the couple.

Moses Martin is the second child of the couple.