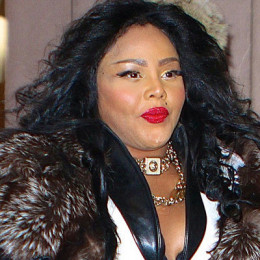 Lil Kim was born as Kimberly Denise Jones and grew up around Brooklyn. Born as the daughter of Linwood Jones and Ruby Jones, she lived with her father until she was a teenager. She lived with her friends afterward and joined the Brooklyn College Academy. There, she made friends who were also very interested in creating music. They formed a group together named Junior M.A.F.I.A. and started to perform locally.

Having lived with her friends from an early age, she had always been independent. She also worked on her interest and gained much popularity. As a result, her personal life is very open to her fans.

I’m so obsessed with her. She’s goals #RoyalReign My baby is @dolcegabbana and @philippplein drippin

She has been involved in many relationships and you can read about it in this article. She has not been married till date and seems like she won't get married soon.

She is considered one of the most influential rappers of all time. She is referred to as "Hip-Hop Goddess" and "Queen of Rap".

Royal was born after Kim separated with her boyfriend Mr. Papers.