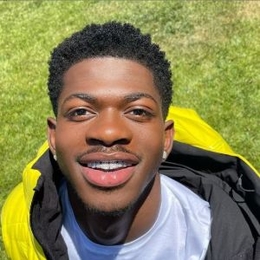 Lil Nas X is an American rapper, singer, and songwriter who gained fame with his record-setting song 'Old Town Road.' The track charted at number 1 in several music charts and achieved viral popularity as part of the 'Yeehaw Challenge' on TikTok.

Who is Lil Nas X Dating?

Rapper Lil Nas X enjoys being in a relationship and dating a special guy. While questioned about gay culture, Lil Nas to Variety opened up about how he actually met his first boyfriend on the LGBTI dating app, Grindr.

Well, the Georgia native, in another interview with PEOPLE, confessed that despite being on and off for a few months with his significant other, Lil had a hard time forming form a romantic relationship. When asked about his beau, Nas never told his name. However, the songwriter chuckled, saying people often mistake his lover when he puts a guy's solo picture on social media.

Nevertheless, it's quite challenging for the New York-based rapper to find a perfect date as Lil either ends up being too busy with work or falls for another person right away. Thats why in the past, Lil failed a few times to start a meaningful affair.

Lil Nas X, during his teen period, precisely at aged 17, accepted being gay & part of LGBTI. Lil Nas X planned to keep his sexuality under wrap until the release of his country hit Old Town Road that eventually made him a superstar at 19 years old. 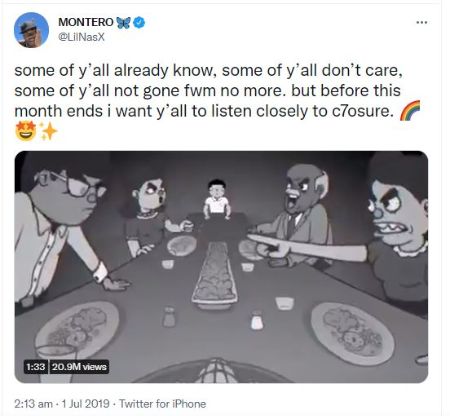 And, in June 2019, the New York-based rapper publicly came out to the world as a homosexual. The announcement was made through Twitter on the last day of Pride Month. Lil made everyone even clear he's gay through interviews with various outlets.

However, a few angry fans & musicians didn't take the news of him admitting as gay. People eventually attacked him on social media for his sexuality.

Lil Nas X was always passionate about music but gained initial popularity through his Nick Minaj fan account, 'NasMaraj.' In 2017, Lil received attention for its interactive scenario threads and his viral tweets before he began uploading songs to SoundCloud.

In addition, Lil released the country rap song' Old Town Road' on December 3, 2018, which went viral on TikTok. Billy Ray Cyrus joined him on a remix version of tack the track, which became the longest-leading No.1 single in Billboard Hot 100. Not only this, but Nas also signed to Columbia Records after this song.

Lil Nas X, who grew up outside of Atlanta in a poor household, had a difficult life. He worked at Zaxby's restaurants and Theme Park to financially support him and his parents during the struggling period. But as of 2021, Lil is wealthy who has summoned an astonishing net worth of $7 million. The hip-hop star relishes his life in a home in Sherman Oaks, California, bought for $2.4 million. 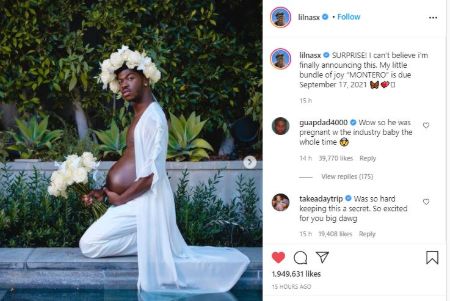