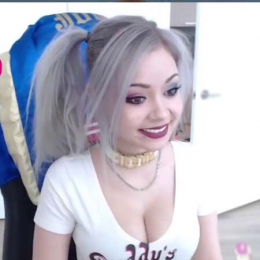 Lilchiipmunk is the alias name of popular Twitch streamer and YouTuber Caroline who has a huge following on both YouTube and Twitch. Lilchiipmunk is known for streaming the multiplayer game League of Legends.

Lilchiipmunk is not married but is dating fellow streamer, Jaryd Lazar, better known by his alias name Summit1g. He is the second most followed streamer on Twitch preceded by Ninja.

Had a good time at the H1z1 event. Me and @itslilchipmunk don’t take many pics but here’s a few. pic.twitter.com/uGi1IcgpIa

The couple sometimes streams together. Not only that, but both of them also attended the H1z1 event. They are in a relationship for a while now and seem totally in love. Lazar was formerly married to his manager Desirae Lazar in 2013 but they divorced in 2017.

However, there is no information as to when the streamer's partners started dating. The red-dyed haired lady surrounds herself with a lot of controversies through her style of dressing and dancing. She also has one pet cat.

While streaming, the clothes she wears seems inappropriate for which she was even banned from Twitch once.

Here is a video of Lilchiipmunk streaming Leauge of Legends game!

Since the past few months, there's speculation if Lilchiipmunk is pregnant. Caroline, as well as Jaryd's fans, think so because of the starlet is looking heavy these days. Other than that, she occasionally shares picture of her beau but remains way more close to Summitg1. It led people to doubt her relationship.

How Much Is Lilchiipmunk's Net Worth?

The adorable Twitch streamer Lilchiipmunk's net worth is not estimated and is still under review. However, being a huge internet personality 5'3" tall starlet earns a lot through her Twitch and YouTube career.

Furthermore, the average salary of a Twitch streamer ranges from $1000 to $10,000 hourly basis and the pay varies according to their views. The YouTubers gain money through ads and they can earn $5000 for a 30-second video.

Lilchiipmunk is professionally a Twitch streamer and YouTuber who does streams of the multiplayer game League of Legends. She first joined Twitch in June 2014 and as of January 2019 has a huge following of 395,669 on her account.

Lilchiipmunk streams for more than 10 hours in a stretch and her trademark is her red & blonde dyed long hair.

Early Life and Education of Lilchiipmunk

Lilchiipmunk was born Caroline under the birth sign Sagittarius on November 28, 1993, in Canada. She belongs to Vietnamese Romanian descent. 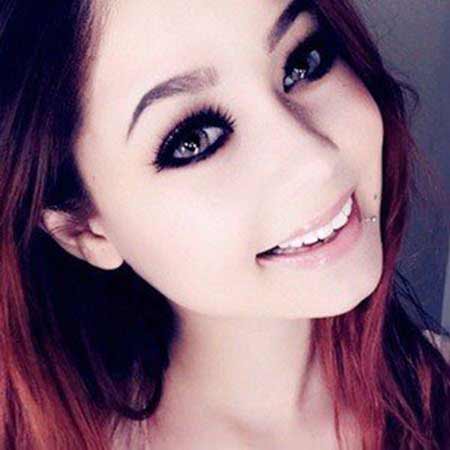 As per the Chinese zodiac, she is born in the year of the rooster.

From an early age, she had a passion for gaming and after she realized her talent in the gaming field she started streaming.