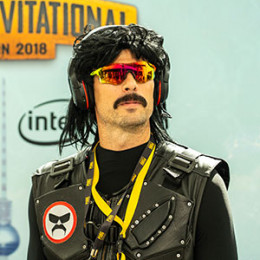 American internet personality and Twitch streamer Herschel Guy Beahm lV is widely known for his online alias or gaming character DisRespect. He is pretty popular in the gaming industry and plays trending online games like Call of Duty: Black Ops 4, H1Z1 and PlayerUnknown's Battlegrounds (PUBG). He has worked with Sledgehammer Games as their community manager and even created some multiplayer maps for Call of Duty: Advanced Warfare.

Dr. DisRespect's Personal Life; Father of One Daughter; Cheated On His Wife

Beahm is a married man but details about his better half are still kept low key. He has managed to keep her identity hidden. In November 2014 his wife gave birth to a baby daughter which they named Alana.

Everything was going good but on his Twitch channel in late 2017 he talked about cheating on his wife and took a break from streaming to focus on his family.

Despite the cheating scandal, he is doing quite well with his wife. There are no divorce rumors between the two.

When the couple was going to be parents to their second child, Disrespect addressed to his fans via YouTube video about the miscarriage of his child.

He disclosed the matter on 13th June 2018 when his fans continued to ask more questions about his unborn baby. Later, he apologized to his fans for sharing the bad news of his baby no. 2.

There was news that he was cheating on her with four other women but their identity is not mentioned in the media. Seems like all is well now since he was spotted kissing his wife on the awards night where he received Streamer of the Year 2017 award.

Dr. DisRespect is one of the amazing entertainers we have today. He is active on Twitter where he has 851k followers and on Instagram boasts 33.3k followers.

His most used catchphrase is "I'm the two-time, back-to-back, 1993 and 1994 Blockbuster Video Gaming Champion.

On September 11, 2018, Beahm reported that a person shot at his house which hit his upstairs window and stated that it was the second time this happened.

On Christmas eve he surprised an 11-year old boy whose Twitch name is Jaken4025 by playing a duo match of Fortnite with him. Dr. DisRespect had decided to play with random players and managed to partner with the young twitch gamer.

What is Dr. DisRespect's Net Worth?

Popular streamer Dr. DisRespect is estimated to have a net worth of around $3.5 million according to some online sources. However, the information is not from a reliable source so we can't confirm it.

On Twitch he has more than 3 million followers and his accumulated earnings sum up to $75k monthly and $900k annually. Basically, he makes money through ad and fan donations.

In the streaming world, the fans can send donations to their favorite streamer through Paypal and other sources. He received $5000 donation after winning on PUBG on Feb 2018 and another YouTube gamer KSI donated $1000 to him. The streamer even receives 50% of the total subscription fee and it can range up to 60% or 100% according to the popularity of the streamers.

For his YouTube channel, he earns an estimated annual income of $60k from the views and ad featured on his videos. Dr. DisRespect has the merchandise of his own which sells T-shirts, baseball tees, Hoodies, Sweatshirts, Leggings and Phone Cases.

Dr. DisRespect stands a tall height of 6'8 feet but his weight is not mentioned. As for his body measurements, he looks fit with terrific muscular built. DisRespect's trademark is his full mustache and his unique styled black hair.

Here is a video of Dr. Disrespect streaming the popular game PubG.

Dr. DisRespect is a gaming character originated by Beahm who started posting videos on YouTube from January 5, 2010, with his roommates.

In his first video posted on January 11, 2010, he played games like Call of Duty: Modern Warfare 2 and shot several gaming videos for the YouTube channel Machinima.

You May See: Jacksepticeye

While playing games as Dr DisRespect his character wears sunglasses, a fake mustache, and a mullet wig. His official YouTube channel has around 798.5k subscribers and till now has managed to accumulate 30 million views. But later in late 2011, he stopped posting videos for five years straight. 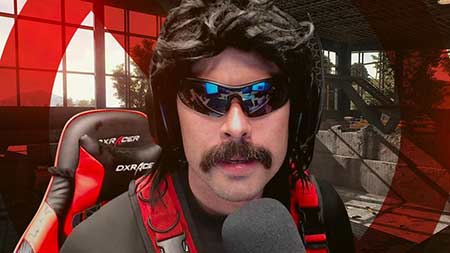 The same year of his disappearance he was assigned as the community manager of Sledgehammer Games and again was promoted as a level designer. During his time there he created multiplayer maps for the game Call of Duty: Advanced Warfare and had ties with the company till 2015.

Furthermore, he went on to join Justin.tv now called Twitch to make his career in streaming. He gained a massive following from playing games like H1Z1 and Call of Duty: Black Ops 4. '

Beahm is most popular in the streaming industry rather than on YouTube and is said to be an entertainer. Some of the renown Twitch streamers are Ninja, Pokimane, Sodapoppin, Myth.

ESPN even regarded him as a WWE character in the competitive gaming world. Currently, he is known to be mostly streaming the popular game PUBG ( Players Unknown's Battlegrounds) and sometimes Fortnite as well.

For his amazing performance in the gaming world, he won Esports Industry Awards for Streamer of the Year category and The Game Awards for Trending Games in 2017.

Dr. DisRespect was born Herschel Guy Beahm IV under the birth sign Pisces on March 10, 1982, in the United States. His hometown is in Encinitas, California and his nationality is American. 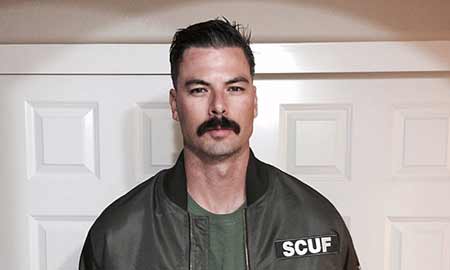 Beahm's internet alias, Dr. DisRespect is a character name that originated in the game Halo 2 on the Xbox which he plays superbly and he made it his dominant character.

As for his educational background, he attended California State Polytechnic University in Pomona and while his time there played Division ll NCAA basketball.

His daughter Alana was born on November 2014 and he is the happiest person on the planet right now to have her.