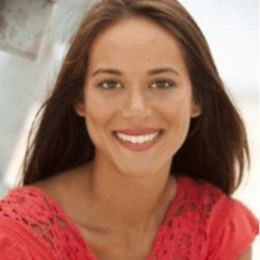 Lilla Frederick, the Pepperdine University alum, is happily married to basketball coach Steve Nash after he romantically proposed to his sweetheart during a holiday trip. The pair booked Majorca, Spain resort to celebrate their engagement.

On September 3, 2013, the wonderful pair tied the knots after getting engaged in March 2013. Their wedding took place at Manhattan Beach, California, with a rocking beach-themed party. A few days later, they went for a honeymoon in Palma De Mallorca, Spain. 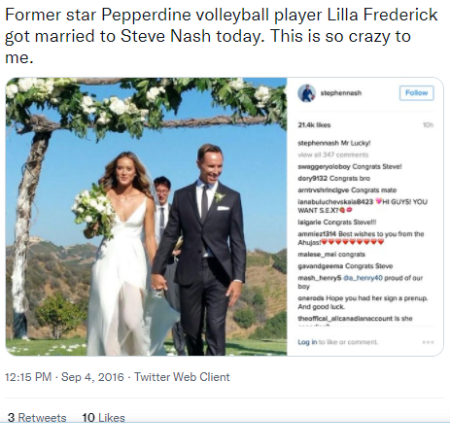 Lilla Frederick shares two kids: Luca Sun Nash and a daughter Ruby Jean Nash with her husband, Steve. In May 2017, Lilla Frederick Nash showed up her big belly while posing with her stepkids Lola, Bella, and Matteo. 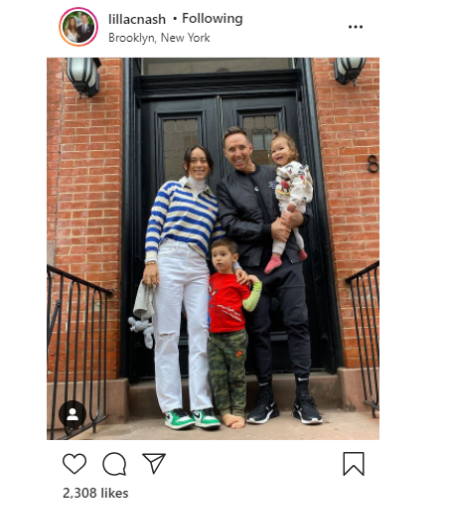 On July 9, 2017, Frederick welcomed her first child Luca. Steve announced the baby's arrival through an Instagram post. Later, on 26 June 2019, the couple gave birth to their second child.

Lilla and Steve have crossed four years of marriage and are still going strong.  Despite being together for many years, Steve does not lag, showing off his chemistry.

Lilla Frederick possesses an estimated net worth of $800,000 as of 2021. Lilla earned her fortune from her career as a volleyball player. Lilla constantly played volleyball for three years during high school. Immediately after that, she was chosen for Fab 50 in a Volleyball Magazine.

In 2007, she played for Orange County and clubs like the TCA Volleyball club and USA Junior National Team. In 2009, Lilla was chosen for the All WCC's first team. Later on, the multiracial beauty stepped into the Colorado States Asics Classic and the Pepperdine University Tournament.

Regarding lifestyle, Frederick Nash lives in Paradise Valley, Arizona, with her family. Lilla's 6,460 square feet mansion which comprises five bedrooms, 4 bathrooms, and a well-furnished kitchen, and a dining room is worth $4.03 million.

Keep coming back to MarriedWiki for more celebrity biographies.

Steve Nash and Lilla Hendrick have been happily married for five years. They also share a son and a daughter.

Ruby Jean Nash is the second child of Lilla Frederick with her husband Steve Nash. Ruby is two years old.