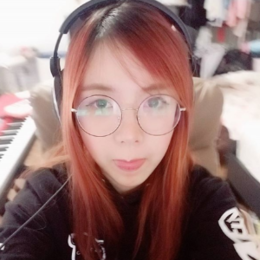 Lily Ki, who is widely famous among people by the username Lilypichu is an American video game streamer on Twitch. She likewise is an animator, and she uploads the videos of her work on YouTube. Most often, Ki plays League of Legends. Moreover, she is also a member of Offline TV, an online social entertainment group of content creators based in Los Angeles, California.

Controversial Break Up With Her Boyfriend

Lily Ki formerly dated her fellow streamer Albert Chang who is famous on YouTube by the name sleightlymusical. Nevertheless, neither Ki nor her former boyfriend, Albert has revealed when they began dating. 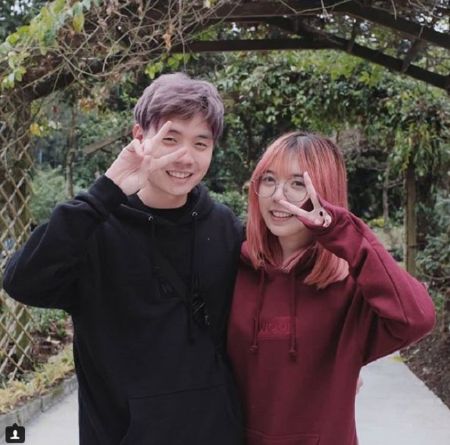 Unfortunately, their relationship did not last after Albert was found cheating on Lily for their fellow YouTuber and streamer Sarah Lee. Sarah is the fellow streamer of both of them, and she likewise made guest appearances on Lily as well as Albert's streams. 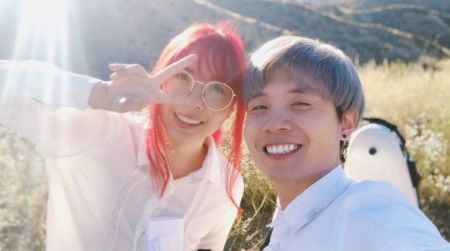 The speculations of Lily and Albert's breakup began to rise after Sarah Lee mistakenly shared a flirty Google Doc between her and Chang in November 2019. Their fans, as well as close friends and fellow streamers, began to make controversial comments about the issue.

One of their fellow streamers, Pokimane, took Twitter and wrote 'insane how the best of people can turn out to be massive snakes.' 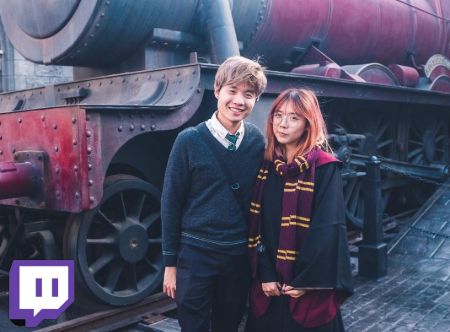 "I'm so sad fuck and I really wish this were about foot pain" to which LilyPichu tried to deflect and replied. Is this because we didn't get u McDonald's last night?? Jesus I told u we can go today."

After several controversial statements, Ki couldn't stay mun regarding the topic. So on 10th November 2019, through a tweet, Lily said that she feels forced to make a statement, and so here it is. On the statement, Lilypichu revealed that she is no more together with Albert. 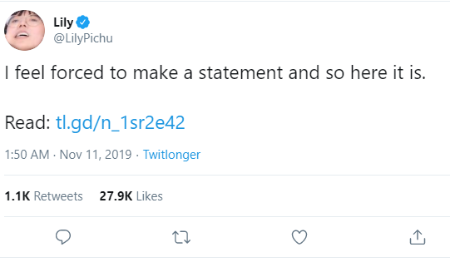 Furthermore, she also apologized for all the subtweeting made by her friends. According to her, they were shocked and acted out. Lilypichu didn't know if she should share it/how to share this and was stressing out about it, but at this point, it doesn't matter; she is too sick and tired.

Lily stated that she would probably take a short break from streaming. She added;

"I know people want to continue speculating but at the very least, please don't spread any more hurt to anyone. I am already heartbroken. I still love and care about my friends and Albie very much."

However, after Ki wrote about the matter, her fellow streams Fedmyster and Pokimane also apologized for the statement they previously made. Fedmyster said that he apologizes for his very irresponsible and emotional response. He did it so because he, as well as his co-streams, were torn and upset about the incident faced by Ki. 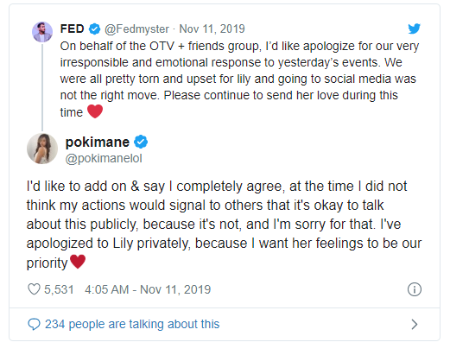 Similarly, while responding to the tweet of Fedmyster, Pokimane stated that she entirely agrees with him. At that time, she did not think her actions would signal to others that it's okay to talk about this publicly because it's not, and she is sorry for that. Pokimane also revealed that she privately apologized to Lily.

Albert Chang Apologized For His Deeds

On 12th November 2019, Lily's then-lover, Albert tweeted an apology for his deeds. Chang wrote, he is sorry that he made the worst decision in his life. He chose to be unfaithful to Lily and gave a lot of pain to her, so he is incredibly sorry for his selfish and irredeemable behavior. 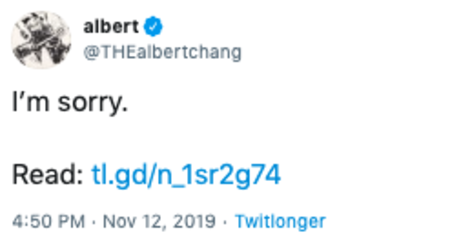 "I betrayed her trust and love for me, and for that, I don’t know if I’ll ever be able to atone for it. I’ll be taking an indefinite hiatus from content creation to reflect and spend some time alone. I'm sorry for the people I've hurt in all of our communities, I'm sorry for the friends I let down at Offline.TV, and most of all I'm sorry for hurting you, Lily."

Is She Single After Breakup?

Lily Ki seems to be happy even after the heartbreak. She spends time with her friends and co-streamers. Furthermore, Ki also makes herself busy by doing streaming. Is she dating someone or enjoying her singlehood to the fullest?

Well, the YouTuber is yet to reveal whether she is still single or already taken after the breakup with her then-boyfriend. Lily shares pictures with her male friends on her Instagram account, but she never admitted dating any of them. 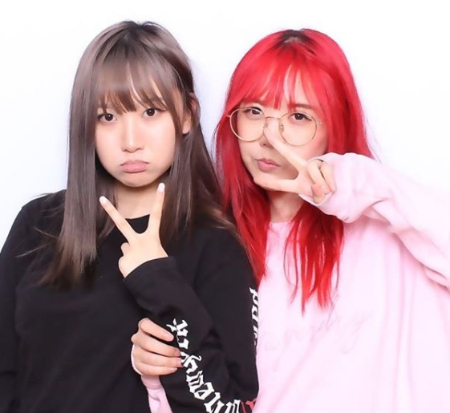 Moreover, the rumors or the news of her affairs is also not surfaced on the internet. Besides, Ki is never spotted hanging out with any suspicious guy in the public who could be her possible lover. Hence, the streamer is probably single and giving more priority to her career rather than being involved in a relationship.

Lily Ki is famous on YouTube, where she has a huge number of subscribers. A YouTuber gets paid $0.10 to $0.30 per view. Similarly, a YouTube channel earns $18 per 1,000 ad views. So, Ki also probably makes a good income from YouTube.

Also, from the Twitch live stream, Lily makes good earnings. A twitch streamer makes $250 per 100 subscribers. She likewise is a animator from which she makes an additional income. So, earning a hefty sum of money from multiple professions, Lily holds a net worth around $800,000.