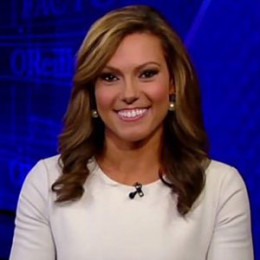 The Charismatic, hard-working, and talented journalist, Lisa Boothe is currently working as a contributor at Fox News Channel. Boothe is also working at her own company, High Noon Strategies. The beauty started her career in the journalism field in 2008 and henceforth is working in the same field.

Born Lisa Marie Boothe on 3rd February 1985, in Virginia Washington DC, Lisa Boothe is a journalist. As per Boothe's birth date, her birth sign is Scorpio. Regarding her nationality, she is American and belongs to White ethnicity/race.

Her parents raised her with three siblings, all three brothers. Her father used to work at Capitol Hall as an aide to a senator. Whereas, not much information about her mother is known.

Growing up with three brothers, she used to play field hockey and lacrosse. During her high school, Boothe participated in several sports and also won championship rings twice. While playing, unfortunately, she tore her anterior cruciate ligament.

Similarly, Boothe graduated from the University of Tennessee Knoxville in 2007. She earned a degree in political science and development.

Lisa Boothe started her career as a staff assistant at the U.S. House of Representatives. After working there for over a year, she joined the National Republican Congressional Committee. She worked in the position of an assistant press secretary from July 2009 to January 2011.

Moreover, from May 2012 to November 2012, Boothe served as the Communications Director. She first worked in the position at Sandy Adams for Congress for 4 months and later at Tommy Thompson for U.S Senate.

For 2 years and 10 months, Boothe served at U.S. House of Representatives. She then worked at several networks including Black Rock Group, WPA Research, and Washington Examiner.

Since October 2016, Boothe is working at Fox News Channel as a contributor. She is working in her founding company, High Noon Strategies as a president.

Lisa Boothe's Net Worth and Salary

Lisa Boothe's major source of income is her journalism career from where she surely collects a good net worth and salary. As of 2018, she has an estimated net worth of $10 million, however, the amount is still under review.

As per some sources, Boothe makes a salary of $2 million, but, it is yet to be official. Moreover, a Fox News Channel Contributor makes the salary that ranges from $52,035 to $75,750.

Lisa Boothe is an unmarried woman. Boothe is very confidential when it comes to her private life and affairs for a long time.

Moreover, the journalist was rumored to be in a romantic relationship with her rumored boyfriend, John Bourbonia Cummins. In 2015, her and John's comment attract much attention. The couple, however, is yet to reveal whether they are dating or not. 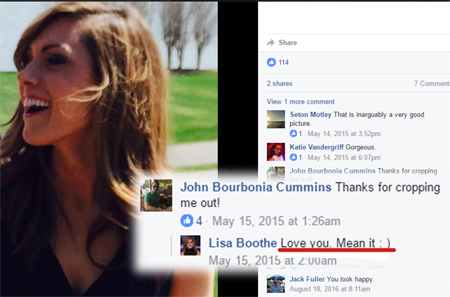 So, as of 2018, she is still single. Besides, Lisa is an animal lover and has a pet dog named, Bella. She posts several pictures of her dog on social media.

Furthermore, Boothe is very close to her family and spends her spare time with them. Apart from that, she is a member of PHIMU, a female fraternal organization.