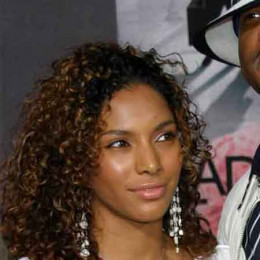 An American citizen, Lisa Thorner is currently single. She previously married to an American actor, comedian, writer, and producer, moreover, he is a member of the Wayans family of entertainers, Damon Wayans. The couple married on 24th April 1984 and divorced in May 2000. There is no information about her in social sites, she is famous because of her ex-husband. She was a daughter in law of Elvira Alethia a homemaker, singer and social worker, and Howell Stouten Wayans, a supermarket manager.

Thorner was previously a model. After making a successful entry in modeling, she tried her best in the acting field as well.

She married to a member of the Wayans family of entertainers ,Damon Wayans. The couple married on 24th April 1984 and divorced in May 2000.

Her first son Damon Wayans, Jr., he was born on November 18, 1982,he is an American actor, writer, and stand-up comedian.

Her second son Michael Wayans, an actor March, He was born in 1985.

Her first daughter Cara Mia Wayans ,an actress was born in 1987.

Her second daughter ,Kyla Wayans,an actress was born in 1991.