Home Article Lisa Thorner: After 17 years Of Divorce With Ex-Husband And Actor Damon Wayans Dating Anyone? Mother Of Four From Her Previous Relationship

Lisa Thorner: After 17 years Of Divorce With Ex-Husband And Actor Damon Wayans Dating Anyone? Mother Of Four From Her Previous Relationship 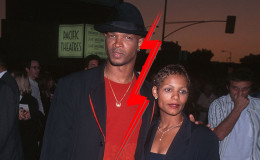 Lisa Thorner is popularly known as the ex-wife of Damon Wayans split with her husband almost 17 years ago but after her divorce, she isn't dating anyone.

“Sometimes divorce isn’t such a tragedy, sometimes staying in an unhappy marriage is a tragedy” and somewhere we all agree on this note.

The ex-wife of Damon Wayans Lisa, after the divorce almost disappeared from the media and it’s been almost 18 years since their official divorce and today both of them are busy in their own lives.

Damon has moved on with his new girlfriend and the big question that remains a mystery is what is Lisa doing these days. Is she dating anyone or secretly married?

Stay with us for more details. Let’s begin!

Lisa Thorner is most probably single at present. It seems like she is a one-man woman as even after 17 years of split she has not been linked with any other man or there is no news of her current affairs.

Post her bitter separation from ex-husband, Wayans, she speaks less about her love life and prefers to keep herself under the spotlight. Currently, the celebrity wife is not even present on social media. 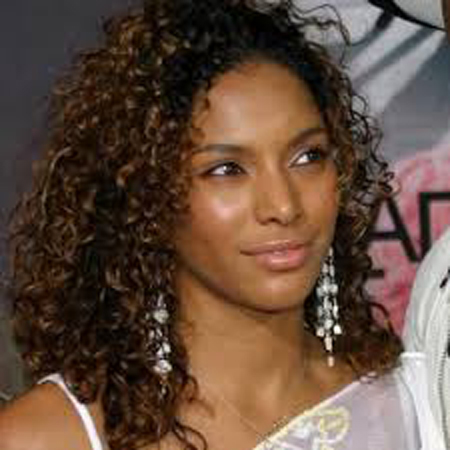 Lisa Thorner in a photoshoot

Lisa is a proud and loving mother of her kids. The reason behind her being single is she wants to dedicate her whole life to her four children.

Despite that, we never heard any rumors of her dating a man or having a boyfriend. Currently, she is busy in her own life and her kids are recognized in Hollywood as one of the top celebrities.

The Relationship Of Lisa Thorner And Ex-husband Damon Wayans

Beautiful former model Lisa exchanged vows with the actor Damon Wayans back on April 24, 1984, soon after the birth of their first son ‘Damon Wayans Jr.’ They walked down the aisle in a hush-hush ceremony where only close friends and relatives were invited. Lisa, as well as Damon, preferred to live low key life despite coming from a show business family. 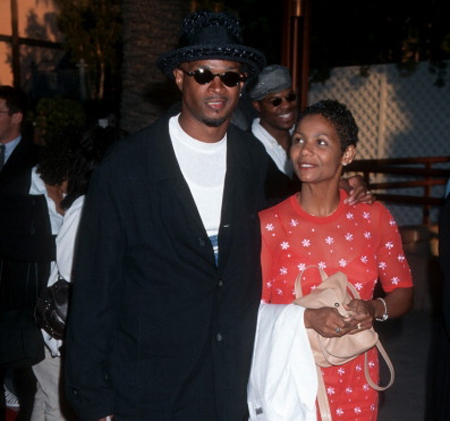 After, 16 years of togetherness, the duo decided to part ways citing irreconcilable differences and finally on October 30, 2000, they officially announced that they were no longer together. 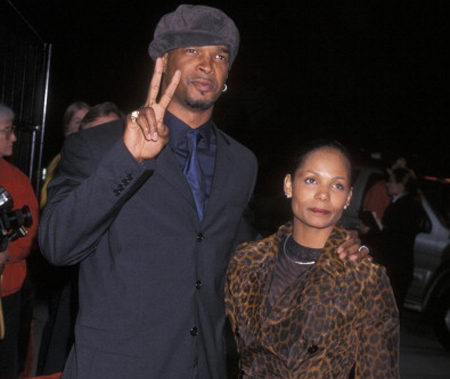 Lisa and Damon posing for a photoshoot,
Source: Getty Images

Their divorce news was one of the top headlines of that time that attracted the eyes of mass media and newspapers. Thorner first met Wayan in 1982 and fell in love at the very first sight and soon they began dating.

After kindling romance for two years, they decided to share wedding vows in the presence of a few people. In the beginning, Lisa and Damon were an example of a blessed and a power couple. Amid an interview, Damon said, he was living in a toxic relationship with her.

Lisa has four children with her former spouse ‘Damon Wayans’. She was blessed with two sons Damon Wayans Jr. and Michael Wayans as well as with two beautiful daughters Cara Mia Wayans and Kyla Wayans.

All four of her kids are working in Hollywood today. 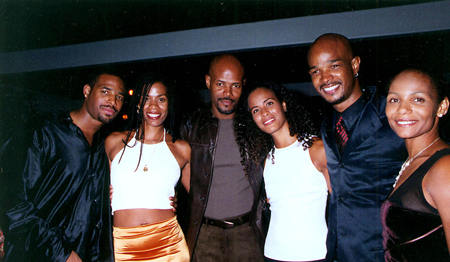 Damon Wayans Jr. is the first child of Lisa Thorner and Damon Wayans Sr. His father is a great artist and because of him, he is inspired to be an actor and stand-up comedian.

He is popularly known for his roles in ‘Let’s Be Cops’, his tremendous outstanding performance in the movie was loved by critics and audiences.

He started his acting career at the age of 11-year-old. Similarly, he has been blessed with two daughters from her ex-girlfriend ‘Aja Metoyer’.

Michael Wayans gained fame as an actor and composer. Like his elder brother, he also started acting in movies since 9-year-old with his father’s movie ‘Blankman’ (1994). 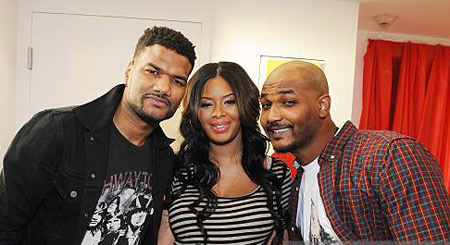 Michael is in a long-term relationship with his girlfriend ‘Vanessa’ with whom he has one daughter ‘Ava Marie Jean’.

Cara Mia is popularly known for her role in ‘My Wife and Kids’ which was aired in 2001. She made an appearance in Will Smith's music video for the song ‘Just the Two of Us’. 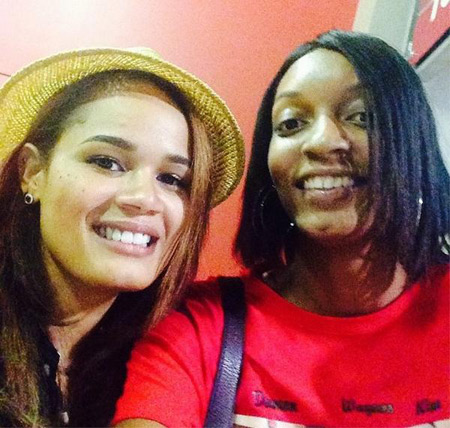 She belongs to the family of actors and that might be the reason for her interest in acting. The 29 years old beauty is not involved in any relationship until now.

Following his father and siblings' footsteps, Kyla Wayans succeeded to make her name in Hollywood. She appeared in a television show called 'My Wife and Kids' along with her sister 'Cara Mia'.

We wish Lisa Thorner a very happy and healthy life with her children and grandchildren.