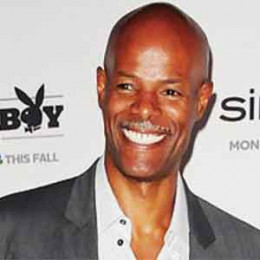 Known as an American actor, comedian, writer, and producer, Damon Wayans is entertaining the audiences since 1981. He is popularly known for his performance in the sketch comedy series Saturday Night Live.

Damon Wayans is possibly single at the moment. Previously, he had a total of four different relationships. He has four children with ex-wife Lisa Thorner. The couple who tied the knot in 1984 separated in October 2000.

Damon Wayans has an estimated net worth of $35 million.

Damon Wayans was born on September 4, 1960, in New York City to mother, Elvira Alethia and father Howell Stouten Wayans who was a supermarket manager. He was club footed as a child.

Wayans started his career by doing stand-up comedy in 1982. His first movie appearance was a brief cameo as a hotel employee in the film Beverly Hills Cop (1984). He later worked in the movies such as Mo' Money, The Last Boy Scout, Major Payne, Celtic Pride, Bulletproof, and The Great White Hype.

Damon Wayans and Lisa Thorner dated for 2 years before getting married in 1984. They got divorced after 16 years of marriage. They have four children together.

He is the first son of Damon Wayans. He is an American actor, writer, and stand-up comedian. He is most widely known for starring as Brad Williams in the ABC comedy series Happy Endings.

Born as a second son of Damon Wayans, Michael Wayans has also established himself as an actor. He is known for his work on Blankman (1994), Dance Flick (2009) and The Underground (2006)

Kyla Wayans is the fourth daughter of Damon Wayans. She also works as an actress. She is famous for her work in My Wife and Kids (2001).