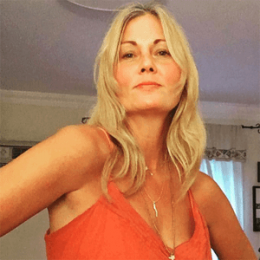 London King is a former model and actress who appeared in movies like A Better Way to Die in 2000 portraying the role of Cheryl. She was cast as Jade in 2001 movie Raw Fish and appeared in the role of Ruby Jenkins in 2002 movie, The Calling. King left the entertainment world too soon and currently works as a Doula and Childbirth Educator.

London King was born in 1971 to parents David King and Paula King in Ohio, US. She grew up with her brother William Scott King in Wellstone, Ohio. King resides in Brooklyn, New York.

She doesn't work in the entertainment industry now but is working as a Doula who is basically a childbirth educator who advices and supports women during pregnancy.

King has a business proprietorship named Push Love Doula from where she connects with people in need of assistance. She started this company in 2003.

London King is estimated to earn $400,000. She earned some income from her commercial shoots and by being cast in some movies. King has a company which works to help women with childbirth-related matters which is her source of income.

London King married Rob Schneider on September 25, 1988, but divorced shortly after only 2 years of marriage in 1990. In 1989, King delivered a child named Tanner Elle Schneider professionally known as Elle King. Elle King is an American singer, songwriter and an actress.

King also has a child named Noah King born in 1986 but the details as to who is his father are still a mystery. 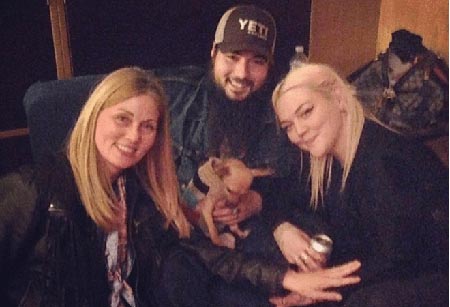 After the divorce, she was only committed towards her career and children so she remained single for almost 10 years. There were no rumors related to her linkups with anyone during the period. Later on, it was confirmed that the couple moved on perfectly fine as ex-husband Rob married TV producer Patricia Azarcoya Schneider.

While, King married musician Justin Tesa on January 21, 2000, and the couple is together till present. Her daughter Elle King has a special place at heart for her stepdad Justin as she considers him an inspiration who introduced her to the music world.

King lives a peaceful life away from the media. King's client from her Push Love Doula company says that she has a very pleasant personality and radiates positive energy.

London King married actor Rob Schneider in 1988 but divorced shortly after only 2 years of marriage in 1990.

London King married musician Justin Tesa on January 21, 2000. The couple is together and happily married till present.

London King gave birth to Noah King in August 1986. He is her firstborn son whose father is still unknown.

Elle King is the daughter born to Rob Schneider and London King in 1989. She was born a year before her parents got divorced.