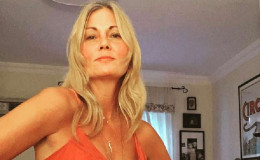 London King, a former model, and actress finally encountered the love of her life, Justin Tesa after a short-lived married life with former husband Rod Schneider.

London King, a former model, and actress has finally found the love of her life, Justin Tesa after a short-lived married life with former husband actor Rob Schneider.

Living a single life with kids for over nine years, King married Justin Tesa in 2000. Get details about her married life and past affairs in today's session.

She married Justin Tesa on 21 January 2000; nine years post the divorced living with her children; Elle King and Noah King. 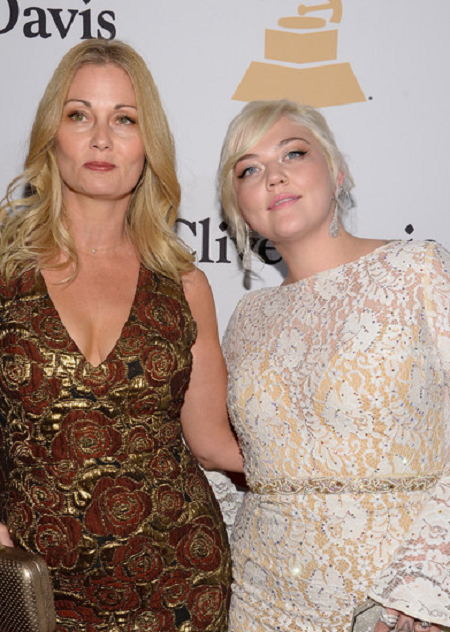 There's no sign of divorce or extra-affairs between the two since the day they started living a blessed life together.

32 years ago today, I was birthing this beautiful boy. You made me a Mother. I will always be grateful that your soul chose me. Happy Birth Day my firstborn darling

They have happily passed 18 years of togetherness and it's pretty sure that the divorce is out of the picture! 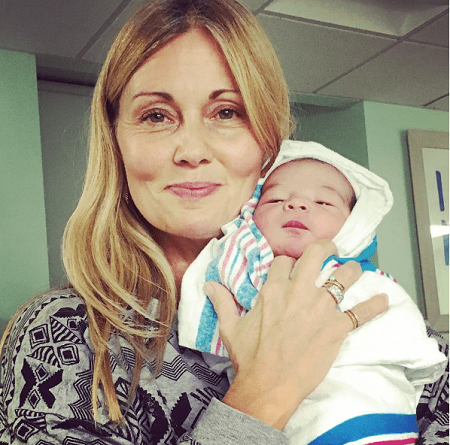 Despite being a step-father to Elle King (Tanner Elle Schneider), Tesa has done the best job. Elle King has grown up to be the famous singer and songwriter, though growing up on movie sets, her inspiration to become a musician came from musician Tesa.

When she was just nine, Tesa gave her a record by the all-girl hard rock band The Donnas. She made her acting debut with her father, Rob Schneider in the film Deuce Bigalow: Male Gigolo alongside William Forsythe, Eddie Griffin, and Arija Bareikis.

London with her kids!

During an interview with ABC News in November 2015, Elle explained about her inspiration stating,

"I am only a musician because of him. I thinkroby that it was something that was inside of me, but he saw that and he definitely nurtured it and pushed me to, you know, dig deeper into music and step outside of things that were beyond just pop culture and, uh, learn about good rock and roll."

"And still, to this day, I mean maybe once a month, he still sends me like a mix of new music that I need to listen to."

London King is living a happy life with her current husband and daughters.

London King's Past Affairs And Relationship

Gorgeous actress London King was previously married to Rob Schneider. Schneider is famous comedian best known for his role in some comedy movies including Deuce Bigalow: Male Gigolo, The Benchwarmers, The Hot Chicks, and Grown Ups.

The couple married on 25 September 1988. They, however, couldn't manage to be together for a longer time duration. 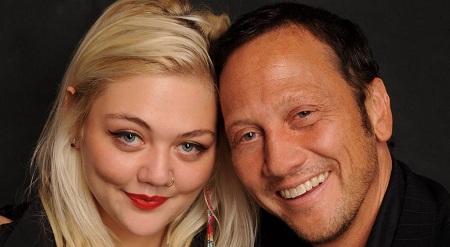 The couple shares two adorable kids; a son named Noah King and a daughter Elle King. Elle has made quite a name as an American singer and songwriter.

Talking about her successful singing career, she said,

"And, yeah, people know who my dad is. But I think that my voice and my music speaks for itself: that I am my own person."

The gorgeous singer is best known for her performance in Of Monsters and Men, Train, and Michael Kiwanuka.

The only pic I took at the Grammys. Thx Littles for sharing a magical week with me. I love you @elleking ??

London and Schneider remained together for as long as 2 years parting with a divorce on 1st September 1990.

Her ex-husband Rob is now married to TV producer Patricia Azarcoya Arce. The couple who tied the knot on 23 April 2011 are parents to two of their children Miranda Scarlett Schneider and Madeline Robbie Schneider. 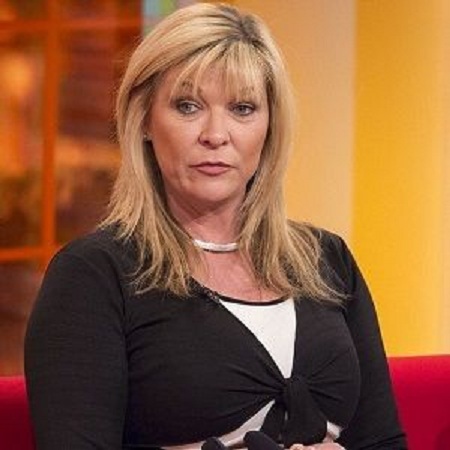