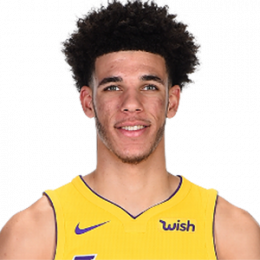 Lonzo Ball is an American basketball player who plays for the Los Angeles Lakers' Team. He played high school basketball for Chino High School's team Huskies. As for college basketball, he was in the Bruins teams where he won Pac-12 Freshman of the Year. Eventually, for his amazing performance, he ranked second in the 2017 NBA Draft and was signed in a rookie contract of four years on July 3, 2017.

Lonzo Ball was born Lonzo Anderson Ball to parents LaVar Christopher Ball and Tina Ball on October 27, 1997, in Anaheim, California. His parents were former college basketball players. Being the son of basketball players it was obvious that he will take on his parent's footstep as he started to play basketball since age 2.

He along with two younger brothers LiAngelo and LaMelo were coached by their father. For schooling, he attended Chino Hills High School and enrolled at UCLA for college studies.

Ball enrolled at Chino Hills school and joined the school basketball team. In his junior high year, he scored an average of 25 points, 11 rebounds, 5 steals, 5 blocks and 9.1 assists. During his time with the team named Huskies, they ranked the consensus No. 1 team in the nation. 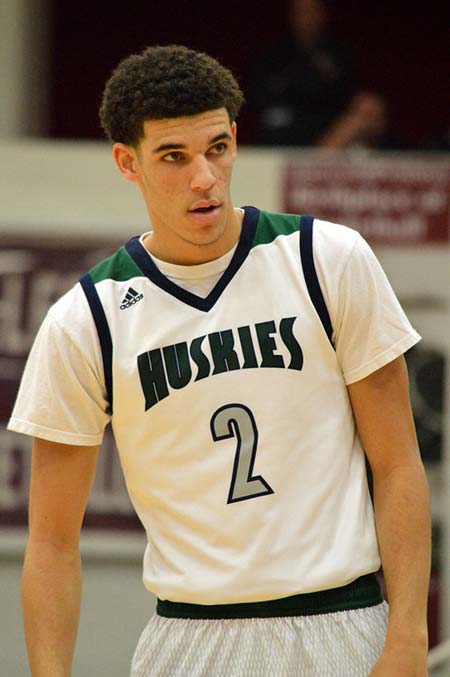 Ball attended the University of California, Los Angeles and played for the team, Bruins. He was a skilled player and led the team to the top national rankings. During his first game, he scored 19 points, eight rebounds, and 11 assists. For his brilliant performance, he was named the Most Valuable Player of the Wooden Legacy Tournament.

In the freshman round of NCAA tournament, Ball scored 10 points, four turnovers, and 8 assists while De Aaron Fox of the Wildcats scored 39 points that time. Bruins won against the Washington Huskies by 107-66. The match opened doors of opportunities for him as he became one of the top picks in the 2017 NBA Draft. 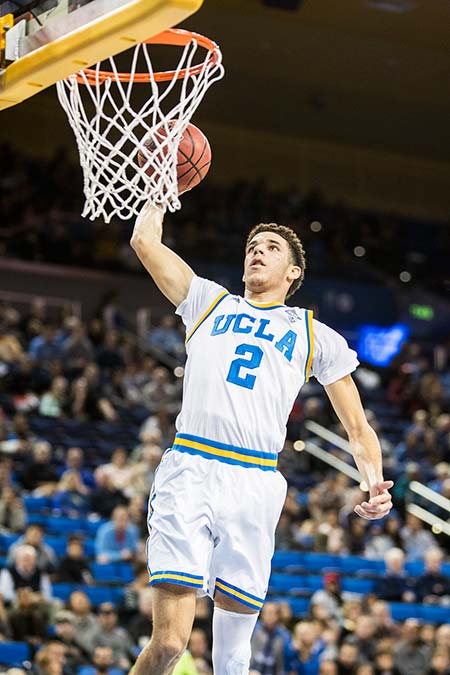 For his association with his college team Bruins, he won several honors in 2017. He was awarded Wayman Tisdale Award, Pac-12 Freshman of the Year, Sporting News first time All-American and USBWA first-team All-American.

Lonzo Ball was selected in the Los Angeles Lakers team by being the second pick in the overall 2017 NBA Draft on June 22, 2017. He signed a rookie scale contract of four years with the Lakers on July 3, 2017. For his amazing performance, he was named as the league's Most Valuable Player after averaging a score of 16.9 points. 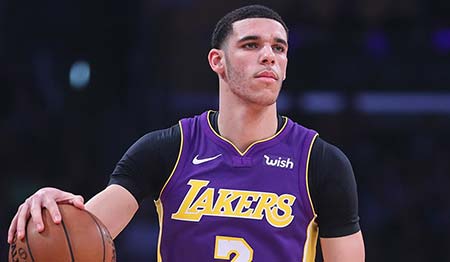 He made 2.5 steals, 7.7 rebounds, 1.0 blocks and 9.3 assists in a game. The epic points that he grabbed broke LeBron James' record by becoming the youngest player to grab a triple-double at age 20 and 15 days old and James lost to him by 5 days.

His involvement in the NBA team Los Angeles Lakers named him NBA All-Rookie Second Team in 2018 and the Rising Stars Challenge the same year.

Lonzo Ball is estimated to have a net worth of $6 million which he earned from his career as a basketball player. He signed a four-year contract at $33 million with The Lakers.

According to the deal, he will be paid $8 million annually. He had his own shoe line in his father's Big Baller Brand known as Z02. The shoe was priced at $495 which received wide criticism for his high price. Jordan Crawford was the first basketball player to wear his ZO2s on a game.

Ball is in a romantic relationship with high school girlfriend Denise Garcia who is also a professional soccer player at Division l. She played for the University of California, Riverside and Seattle University. They are together for 3 long years and the couple is expecting a baby daughter who according to them, will be named Zoey Tina Ball in July 2018.

In the year 2017, he and family were featured in their own reality show named Facebook Watch called Ball in the Family. He also released his first rap single called Melo Ball 1. He and his father participated in the Lip Sync Battle on February 15, 2018, as competitors.

He think he hard lol

On July 2, 2018, it was revealed that he had an injury in his leg as his meniscus in the left knee was torn. But the injury isn't major and he probably will play in the 2018-2019 season. He boasts around 5 million followers on Instagram and has posted 202 posts as of July 2018.