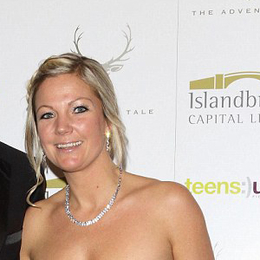 Louise Anstead is famous as the ex-wife of English TV personality, Ant Anstead. Anstead and Ant separated after living together for more than a decade. Despite their separation, the couple often comes together for their kids.

Louise Anstead is famous as the ex-wife of English TV personality, Ant Anstead. Anstead and Ant separated after living together for more than a decade. Despite their separation, the couple often comes together for their kids.

Louise Anstead is possibly single at present. She is struggling as a single mother to two adorable kids. Post a bitter split from an ex-spouse, she preferred living a mysterious life.

The blonde beauty was married to an English TV presenter, Ant Anstead in 2005. The had a private ceremony attended by families and friends. 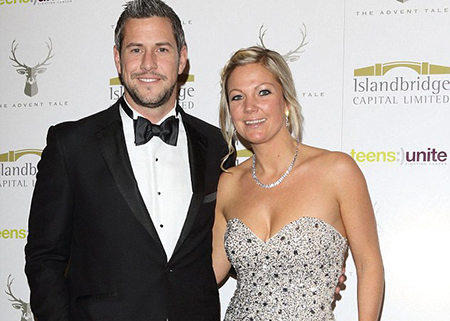 Louise Anstead with her ex-husband Ant Anstead at an event.
SOURCE: Daily Mail

Well, the couple first met when they were in college in 1987. Eventually, they started dating immediately. These high school sweethearts were together for almost nine years before tying the knot in2005. The lavish wedding ceremony of Ant and Louise broke headlines around the world.

The former husband-wife couple is the proud parents of two children. Their first child, a daughter Amelie was born in 2003, two years before their marriage.  Similarly, living every moment of life, they welcomed their second child, a son Archie in 2006. 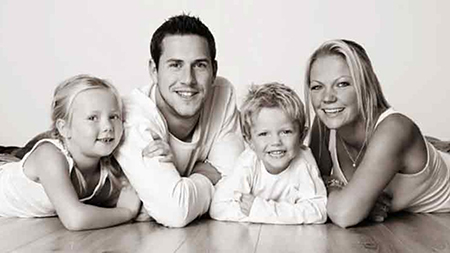 Louise Anstead, along with her husband Ant and children.
SOURCE: celeb-gossip

Everything was going fine and smooth with the duo and their kids, all of a sudden the relationship turned sour. Things did not work out between the two, they probably weren't mean to be together for a lifetime. Ant quit his marriage with the baby mama after living together for nearly thirteen years.

Almost 12 years after their wedding, the couple deiced to end their relationship. Finally, in July 2017, they divorced which Ant announced via his Twitter account on October 2017:

Though they are separated, the couple comes together only for the sake of their children.

What Is Louise Doing After The Divorce?

Following the separation of the couple, Louise somehow vanished from the limelight and started living a low key life. As of 2019, it seems like, she is single.

When it comes to her ex-spouse, Ant, he started his relationship with Tarek El Moussa's ex-wife Christina Anstead. Finally, on 22nd December 2018, the love birds tied the knot in the presence of 70 guests. 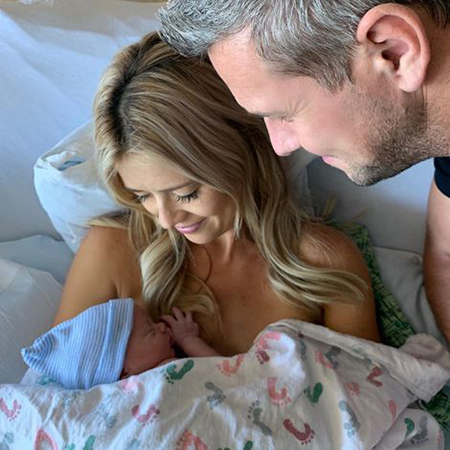 Ant Anstead and Christina Anstead along with their newborn child. SOURCE: Instagram

Wheelers Dealers host turned 41 while self-isolating in Southern California with a beloved spouse amid the ongoing coronavirus pandemic. Even though the pair were unable to venture out much to celebrate, Christina decided to make the most of Ant's big day.

In the same vein, "Flip or Flop" star had a sweet Instagram tribute to her beau with a photo of themselves paddling across a clear blue sea on their tropical honeymoon.

To know more about celebrity news, article, and bio, stay on our page, marriedwiki.

Louise Anstead said I do in 2017 with her ex-spouse Ant Anstead. Her partner is a famous TV personality. Unfortunately, they could not last their relationship and finally divorced in 2017.

Amelie Anstead is the first child of Ant Anstead and Louise Anstead. She was born in 2003.

Among two children, Archie Anstead is the only son of Ant Anstead and Louise Anstead. She was born in 2006.