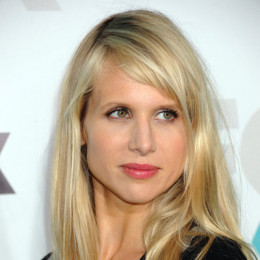 Lucy Punch is an English film, television as well as a stage actress. She is best known for her movies Bad teacher, You Will Meet a Tall Dark Stranger, Into the Woods etc.

Lucy Punch has not married yet but shares a child with her boyfriend. She also dated an English actor none other than James D'Arcy but due to some reason, which is unknown, the couple got separated.

After that, she has no affair known to the media. It seems like she does not like to share much information about her personal life. She is a secretive person and wants her fans to respect her privacy. She has not been pulled in any rumors or controversies at present.

Lucy Punch has an estimated net worth of $3 million.

She had started her acting career in 1998 in an episode of The New Adventures of Robin Hood. She had also worked in theatres of London named Bush and Royal Court. In 2000 she had made her stage debut in The Graduate of Terry Johnson’s West End.