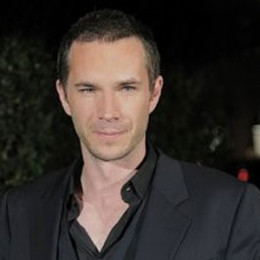 James D�Arcy is a British actor famous for his mesmerizing performance in the film Industry. He is most recognized for his portrayals as Tom Pullings in Master and Commander: The Far Side of the World, Jerry Burton in Marple: Finger and Derek Kettering in Poirot: Mystery in the Blue Train,

James D’Arcy was born Simon Richard D’Arcy on August 24, 1975, in Amersham Buckinghamshire. He along with his younger sister Charlotte was raised by their mother Caroline, a nurse in Fulham, London after the death of their father, Richard D’Arcy.

James completed his education at Christ’s Hospital. He did his BA in acting from the London Academy of Music and Dramatic Art (LAMDA). While he was in LAMDA, D’Arcy participated in several plays like Heracles, Wild Honey, As You Like It, The Freedom of the City and Sherlock Holmes.

D’Arcy made his film debut with the small role on TV series Silent Witness. He then appeared in Dalziel & Pascoe as well as on 1997’s TV films including The Canterville Ghost, Bribery and Corruption, and The Ice House.  Later he starred in The Trench alongside Daniel Craig in 1999.

James was cast in a lead role in 2001 in the series Rebel Heart. His fame continued to rise up when he played in the film Master and Commander: The Far Side of the World as Lt.Tom Pullings in 2003 opposite Lucy Liu and Robert Forster. Likewise, he played in an array of movies and TV series throughout his career journey.

James other big screen features include Guest House Paradiso, Revelation, Exorcist: The Beginning, An American Haunting and Rise. Moreover, he made his appearance in Age of Heroes, W.E, In Their Skin, Clouds Atlas, Hitchcock, Let’s Be Cops and Agent Carter. In Hitchcock, he played alongside Anthony Hopkins, Scarlett Johansson, and Jessica Biel.

James' ex-girlfriend is Lucy Punch. The duo started dating in the year 2002. Lucy is the 40-year-old American actress known for her role in the movie Woods. The duo split up after five years of their relationship in 2007. As of now, D’Arcy is relishing his single life and but there are rumors about him being in a secret relationship.

D’Arcy is one of the well-paid actors in Hollywood. He earns a good sum from his profession. Acting is his main source of income. His estimated net worth is $4 million in 2017.