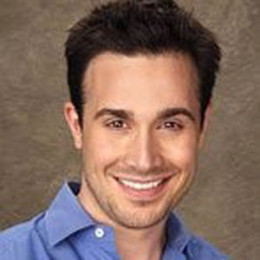 Luis Arman Garcia is an American actor well recognized for his portrayal as Max Lopez on ABC's series George Lopez. He is a Young Artist Award nominee who became a part of television industry at the very young age.

Luis Armand Garcia was born on 9 March 1992, as Luis Armand. He grew up with his five siblings in La Grange, Illinois, United State of America. All of his siblings are engaged in the acting. He excelled at school with an A average scholastically. He had a keen interest in sports like football and skateboarding.

Luis started his acting career at the very young age. Prior to that, he worked in TV commercials for well-known companies such as Chevrolet and Public Service Announcements. He started performing in episodes of ER and Any Day Now in 2000; he was only 13 at that time.

His fame rose when he starred on the sitcom George Lopez as Max Lopez in 2002. He also got nominated for Young Artist Awards in 2003. He also made his appearance on ABC-TV sitcom Freddie.

Besides that Garcia is actively involved in charitable organizations like Make-A-Wish and the American Heart Association. His design of the G-Lo Mickey Mouse was selected and honored by Walt Disney Company. His design toured across the country along with other celebrities design like Ellen DeGeneres, John Travolta, and Raven.

The 25-year-old actor Luis is quite a secretive when it comes to his personal life. However, he has disclosed some information regarding his past relationship.

Actor Luis Garcia makes a decent amount from his career. He has worked in series for reputed channels like ABC and also played in commercials for renowned brands. He must have drawn a good amount from these ventures.

Max is the son of Luis Armand Garcia from his ex-girlfriend, Tyra Simmons. He resides in Valencia, California with his son.