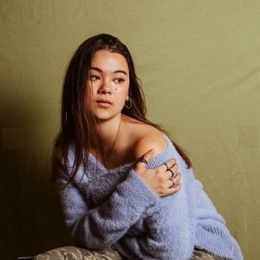 Lukita Maxwell is an up-and-coming Indonesian-born American actress who has been impressing many people with her acting skills on-screen. She is best known for her performances on television, such as Speechless and Generation. The Gen Z star is a dancer too.

To start off, Lukita Maxwell identifies herself as a queer. Likewise, she is a member of the LGBTQ community.

As for her relationship status, she seems to be in a relationship with someone right now. She opened about the fact that she has a girlfriend in an interview in 2020. 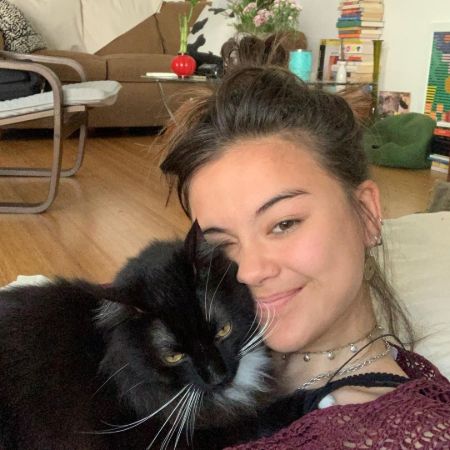 Lukita Maxwell is a queer by sexuality and is in a relationship at the moment.
SOURCE: Lukita Maxwell's Instagram (@lukitamaxwell)

In the interview, she mentioned that her girlfriend is a dancer. However, it is a mystery who her lover is as she has kept other details a secret.

Lukita is busy with her works, usually shooting on set or posing for the camera. She loves traveling and hanging out with her pals in her free time.

Maxwell is active on Instagram where she posts pictures and videos. At present, she is residing with her family in Los Angeles.

The Generation Actress Was Born in Indonesia

Lukita Maxwell was born in Jakarta, Indonesia. She comes from a mixed ethical background. When she was five years old, her family moved to the US.

In an interview with Mixed Mag, the Generation star told that her mother is Indonesian by birth but Chinese by blood while her father is Amerian.

Lukita Maxwell's Net Worth And Works

It's been only a few years since Lukita Maxwell stepped foot into the entertainment industry. Moreover, she also works as a web designer and an editor at Sun Stroke Magazine. She has a net worth of around $200,000.

The average salary of an actor in the US is $20.18 per hour, and one can earn as much as $57,937 in a year. The 19-year-old is one of the promising stars on television, and there is no doubt she receives a much higher payroll than that.

Among the few acting credits she has so far in her acting career, Lukita Maxwell's most known work is in the American series "Generation." On the HBO Max show, she is one of the starring cast members and portrays the character of Deliah.

Check out the trailer of Lukita Maxwell starred series "Generation!"