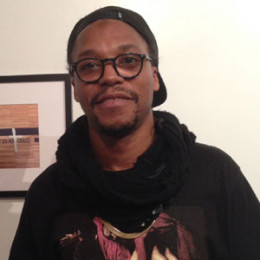 Lupe Fiasco was born on 16th Feb 1982, in Chicago Illinois. He is Afro-American in ethnicity and holds an American nationality.

He is eldest of nine children of Gregory Jaco, an engineer, and Shirley Jaco, a gourmet chef. His father is a member of the Black Panther Party, former prolific drummer, Karate teacher, and owner of Karate schools.

When he was in the sixth grade, Fiasco went to live with his father full-time in Harvey. His father stayed next door at a crack house and trained him to use guns to defend himself from dangerous drug dealers.

He attended Thornton Township High School. He had an unstable childhood, though he says that he was well educated as a child.
Fiasco disliked hip-hop music because of its use of vulgarity, instead, he preferred jazz over hip-hop. He began writing poems first and then started to rap them in the eighth grade.

At the age of seventeen, Lupe began creating music as a solo artist in his father's basement. At the age of nineteen, Fiasco teamed up with a group called Da Pak, a group heavily inspired by California gangsta rappers such as Spice 1 and Ice Cube.

His career began after he signed a deal with Arista Records but was dropped when president and CEO L.A Reid was fired. At that time, Fiasco met Jay-Z, the president of Def Jam Records.

In the year 2006, Fiasco released his first album ''Lupe Fiasco's Food and Liquor'' which received three nominations for the Grammy Awards including 'Best Rap Album.'

The album featured productions from Jay-Z, Mike Shinoda, Kanye West, Prolific, The Neptunes, among others. In 2007, he announced his second album ''Lupe Fiasco's The Cool While recording the album.

Lupe Fiasco earns an enormous amount of money from his successful career as a record producer and rapper with his current net worth of $14 million.

Lupe Fiasco is currently single. Previously, Lupe was rumored to be dating Hollywood actress Jessica Biel. The rumor came after the pair were caught together in Tanzania, Africa.

Later Lupe claimed that he didn't date her and said, ''No. She's a very lovely person. I do consider her a friend. She's very dope, a very capable young woman. Very smart. But we are not dating or romantically intertwined in any way. But she's good people.''

Later, Fiasco started dating actress Dani Evans in the year 2013, but they broke up after some months. Since then, he has not been seen dating anyone or involved in any kinds of relationship.