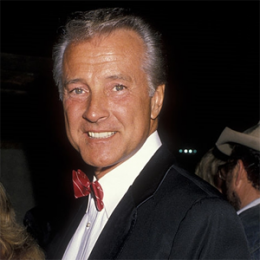 American actor, model, and a sculptor, Lyle Waggoner is best known for his roles in the TV series, The Carol Burnett Show and Wonder Woman. After retiring from acting, he also made several arts and sculptures that were exhibited at Galleries West Fine Art. Waggoner is a married man and is a proud father of two children. Currently, he is living a happy life with his family.

Lyle Waggoner was born Lyle Wesley Waggoner on 13th April 1935 in Kansas City, Kansas under the births sign Aries. Waggnor is American as per nationality, and as far as his ethnicity is concerned, he is White. He is the son of Marie and Myron Waggoner.

Waggoner went to Kirkwood High School after that attended Washington University in St. Louis. He also joined the United States Army and served in West Germany as a radio operator for almost two years.

He studied mechanical engineering at the General Motors Institute of Technology in the junior execution program. Later, to support himself, he started selling encyclopedia door to door.

Lyle Waggoner, at the initial phase of his career, appeared as a model in a sales promotional and as a muscle man. In 1966, Waggoner featured in Swamp Country. The same year, he debuted on TV from the series, Gunsmoke.

In the mid-1960s, Waggoner was finalized as the lead in the series, Batman, but, later he only made a cameo appearance alongside Adam West, Burt Ward, and Alan Napier among others. He then appeared in several movies and TV series like Love Me Deadly, Surf II, Dead Women in Lingerie, Lost in Space, Maude, Flying High, Happy Days, and Fantasy Island among others.

Waggoner's latest work includes his 2005’s series, The War at Home. He shared the screen with Rami Malek, Michael Rapaport, and Dean Collins.

In 1979, he founded a company named, Star Waggons. Later, he retired from acting and focused on his company. He also co-produced and appeared in the show, Consumer American co-hosted by Shawn Burner. In 1993, he hosted a TV commercial, Let’s Talk With Lyle Waggoner which advertised Y-Born, a natural product used to cure male sexual dysfunction.

Lyle Waggoner married his girlfriend turned wife, Sharon Kennedy, in 1961 in an intimate ceremony in the presence of limited guests. His wife, Sharon, is an actress popularly known for her works in Eh Brian! It’s a Whopper and Tattletales. 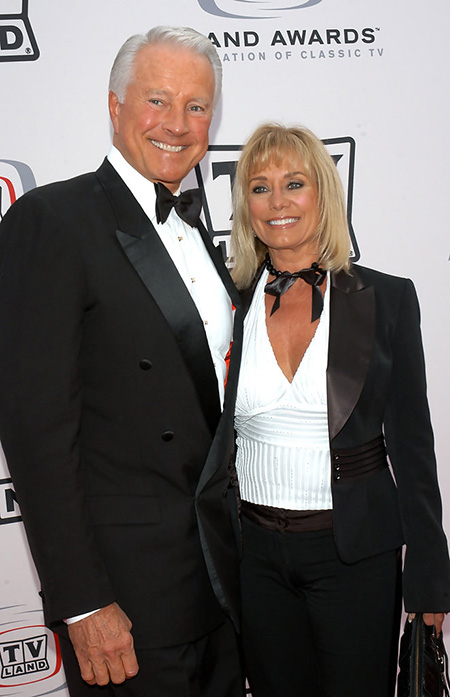 Some year after their marriage, the pair welcomed their two children, Jason Waggoner, and Beau Waggoner. The family currently resides happily near Jackson, Wyoming.

Lyle Waggoner stands at a height of 6 feet3 inches (1.92m). Waggoner currently has an estimated net worth of $10 million.

He bought an oceanfront home in Mandalay Beach for $3.925 million and later sold it for $4.495. He also owned a house in La Quinta, California which he listed for $2.1 million.

In 1961, Lyle Waggoner was married to his girlfriend turned wife, Sharon Kennedy. She is an actress known for her works in Eh Brian! It's a Whopper.

Jason Waggoner is the first son of Lyle Waggoner and Sharon Kennedy. The couple keeps their son far from the limelight.

Beau Waggoner is another son of Lyle Waggoner and Sharon Kennedy. The couple also keeps their next child far from the limelight.