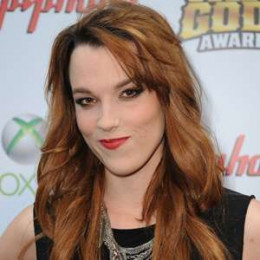 Elizabeth Mae Hale, known by the stage name Lzzy Hale is an American musician, songwriter, and singer; best known as the co-founder and lead singer-guitarist of hard rock band Halestorm. Hale developed an interest in music at a young age and started to write a song and play guitar. She began her career from the age of thirteen. She and her brother Arejay Hale, who is a drummer started the band in around 1997 alongside Joe Hottinger and Josh Smith. Formerly Leo Nessinger and Roger Hale were also the band member untill they left.

Lzzy Hale was born on 10 October 1983 in Red Lion, Pennsylvania to Roger Hale and Beth Hale.

She has a brother named Arejay Hale.

Hale started writing and performing since 1997. She gained wide recognition being the Halestorm's lead singer.

Hale has an estimated net worth of about $2 million as of January 2019.

Rumors exist that Lzzy Hale is dating the band's guitarist Joe Hottinger, but the singer has not publicly revealed who she is in a relationship with now. She managed to stay away from the limelight when it comes to her personal life.

Hence, no record of her is made of having a boyfriend or romantic affair. According to her public profile, Hale might Possibly single as well.

She revealed her sexuality and stated that she is a bisexual via a Twitter post in October 2014.

@JayxMichaels ha! Well, kinda ... I am bi, also secure and in my feminine/sexuality

She's yet to disclose details whether she's dating a girl or a boy.