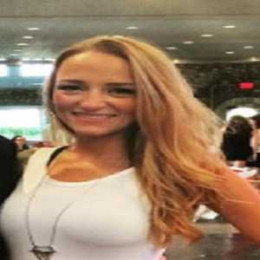 Maci Bookout got pregnant at her early age of 16. She appeared on the reality television series 16 and Pregnant. She was also cast on the full episodes of spin-off series Teen Mom. She also an author and published her first and second book named, 'Bulletproof' and ' 'I wasn't Born Bulletproof: Lessons I've Learned (So You Don't Have To).'

Maci Bookout McKinney, known as Maci McKinney, an American reality television personality, author, and public speaker, born on August 10, 1991, in Chattanooga, Tennessee to father Billy and mother, Sharon Bookout. She was raised along with her older brother Matt.

She graduated from Ooltewah High School in 2010, and later attended Chattanooga State Community College and graduated with an Associate of Arts degree in Spring 2015.

In 2009, she was cast in the reality television series 16 and Pregnant, which documented the pregnancies and first months of motherhood of young women. Later in 2012, she was cast in the spin-off series Teen Mom and appeared in all its four seasons until it's conclusion. In March 2015, Bookout along with Catelynn Baltierra, Amber Portwood, and Farrah Abraham, rejoined MTV for the fifth season of the show, renamed Teen Mom OG.

In September 2016, she published her first book, Bulletproof, and is ready to publish her second book, 'I wasn't Born Bulletproof: Lessons I've Learned (So You Don't Have To) which is scheduled to release in June.

Bookout is a married woman. She married Taylor McKinney, a motocross racer from Texas. They began dating from 2012.

In January 2015, the couple announced that Bookout was pregnant with their first child. On May 29, 2015, they duo welcomed daughter Jayde Carter McKinney.

On January 19, 2016, McKinney proposed Bookout, while filming the episode of Teen Mom OG in Venice Beach, California and also announced Bookout was pregnant with their second child. On May 31, 2016, she gave birth to a son Maverick Reed McKinney. On October 8, 2016, Bookout and McKinnet married in Greenville, Floride.

Before she married McKinney, Maci was in a relationship with Ryan Edwards and got pregnant at the age of 16. On October 27, 2008, she gave birth to their first child, a son, Bentley Cadence Edwards. The two engaged in 2009 but ended their relationship in 2010.

After she had broken up with Ryan, she began dating her childhood friend Kyle King. The couple lived together but ended their relationship in 2012. The reason behind their break up is King's other affairs.

Bookout has earned a good amount of salary from her cast in the reality series 16 and pregnant and Teen Mom episodes. As of 2017, McKinney's net worth is estimated to be around $2 million.

After her two separations with her previous boyfriends, she dated Taylor McKinney, a motocross racer and later married, They have two children together.

Jayde Carter McKinney is the first child of Maci McKinney and her husband Taylor McKinney. She was born before they got married.

Maverick Reed McKinney is the second child of Maci McKinney and her husband Taylor McKinney. He was born after Taylor proposed Maci.