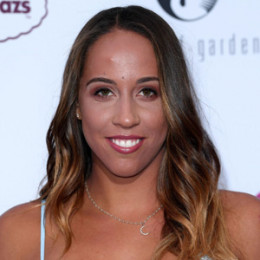 Madison Keys is one of the young professional American tennis players and already is the winner of three WTA Premier Tournament. Keys defeating Serena Williams became the first American woman to debut among top 10. She came to limelight after she won a match on the WTA Tour at the age of 14 years and 48 days after beating Alla Kudryavrseva on the clay court at the 2009 MPS Group Championships in her home state, Florida.

Keys was born on 17th February 1995 to parents Rick and Christine in Rock Island, Illinois, U.S. Sydney, Montana, and Hunter are her three siblings.

Her first taste in tennis rose up after she watched Venus Williams playing in a white dress. At the early age of 9, she joined Chris Evert Academy, Boca Raton, Florida from where she began playing tennis.

Keys began her career as a tennis player. At the very early age of 14, she beat world No. 81 Alla Kudryavtseva on the clay courts at the 2009 MPS Group Championships in the home state of Florida.

During the period, she mostly played on the ITF tour and had won three titles in singles and one doubles. Also, she beat reigning Wimbledon champion Serena Williams 5-1 in women’s singles.

She defeated Beatrice Capra in the finals of an eight-player wildcard playoff in 2011 to earn a spot in the US Open. The following year, she won another wildcard competition among American players for 2012 Australian Open. Unfortunately, she lost the first round to 2010 semi-finalist, Zheng Jei.

In 2013 Apia International Sydney, Keys managed to reach the quarterfinals after defeating Lucie Safarova and Zheng Jie. It was the first time for her in a WTA event. She then lost to world no. 6 Li Na.

After that, she claimed her first top ten wins in 2013 Mutua Madrid Open Madrid, avenging her Syndey loss to Li Na. Later Keys lost to Anabel Medina Garrigues in the second round.

She completed clay court season at the 2013 French Open winning her first match against Misaki Doi then after losing to Monica Puig in straight sets. Not only this, she beat Lesia Tsurenko, Jamie Hampton and Mona Barthel to reach the quarterfinals at Aegon Classic.

Although she failed to defeat world #4 Agnieszka Radwanska in three sets, she reached the third round at Wimbledon. She finished the year at the HP Open in the Osaka and reached WTA semifinal but lost the match against Samantha Stosur.

The year 2013, she finished with the ranked 37 with an improvement of 112 places from 2012. In 2014, she secured the services of two coaches: former American world number one Lindsay Davenport and husband, Jon Leach. She won her first singles title at the Premier event in Eastbourne after she beat two top ten players, Jelena Jankovic and Angelique Kerber in a three-set final.

She was the runner-up in Charleston Cup after losing to Kerber in final in 2015. She failed to make it to the semifinal of Australian Open after losing with world number one Serena Williams. Likewise, Keys got knocked out from US Open in the fourth round. On  18th May 2015, she placed no. 16 in the world ranking.

In 2016, she defeated two of the top 10 players: Petra Kvitova and Garbine Muguruza winning a spot at the finals in Rome, but this time also, she lost to Serena Williams in straight sets. That year, she reached her highest career rank of No.7 in the world. The year she reached second Premier 5 finale of the year at the Rogers Cup at Montreal but lost in straight sets to Simona Halep.

Unluckily, she missed the Australian Open because of her left wrist surgery in 2017. She returned in March at the 2017 BNP Paribas Open in Indian Wells. She also began the clay court season in Charleston for the 2017 Volvo Car Open and reached her first Grand Slam final at the 2017 US Open beating Elise Mertens, Tatjana Maria, 17th seed Elena Vesnina, 4th seed Elina Svitolina, qualifier Kaia Kanepi and 20th seed CoCo Vandeweghe.

Madison Keys is one of the young tennis players who has just started her career and received popularity among the viewers. Her hard work and dedication towards her career has won the millions heart of the fan and has been an inspiration to everyone.

Talking about her personal life, she is currently single. She is quite a busy person and spends most of her time in training sessions. She has no time for a boyfriend as she is totally dedicated to being the world number one player.

She is the ambassador of the Evian. Since 2016, she endorses the brand like Nike and Wilson.

Net Worth and Life Style

According to the sources, Madison has earned a lucrative net worth of $3 million from her career as a tennis player. Her monthly income is about $630,560 per months. She lives in a lavish bungalow with her family which she bought in 2015: as the current value of the house is around $1 million. She is the owner of white Jeep Grand Cherokee Sports car.