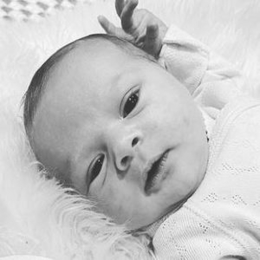 Mae James Bair is famous for being the beloved daughter of actress and singer, Lizzie McGuire star Hilary Duff. And, songwriter and musician Matthew Bair who prefers to be known by Matthew Koma as his stage name is the father of Mae. 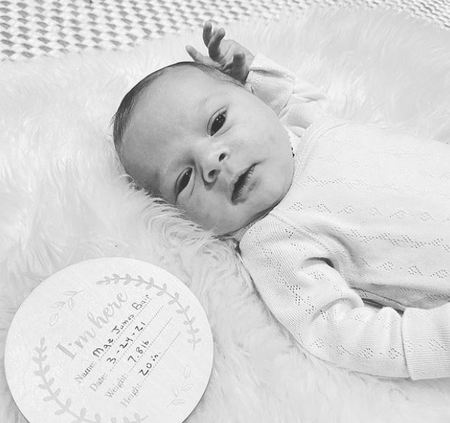 Mae's parents have been together since 2017 and had their second daughter a year after they married in December 2019. In addition, Mae's mom and dad who worked together on Duff's Breath album got engaged the same year in May 2019

And, Duff announced the arrival of her daughter on Instagram with a raw picture of herself holding Mae surrounded by her husband and other children. Mae was born on 24th March weighing 7.8 lbs and 20 inches. 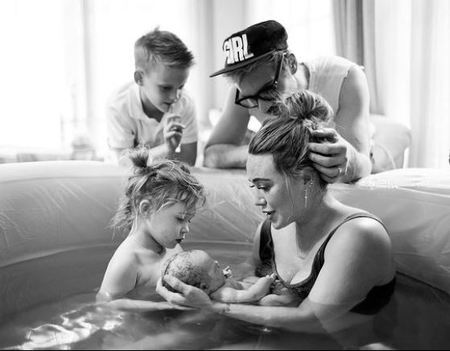 Mae James Bair, just moments after she was born and surrounded by her father Matthew Koma and mother Hilary Duff. SOURCE: Instagram

Duff, moreover, had a natural water birth with Mae in a pool at her home. Mae, in addition, is a younger sister to a half-brother named Luca Cruz Comrie and a sister named Banks Violet Bair. The family of five of Mae lives in California.

Not to mention, Duff and her husband are both very fond of sharing their daughter's pictures on Instagram. Duff even celebrated Mae's 10th month by sharing an adorable picture of her daughter.

Likewise, daddy Matthew also posted a picture where he can be seen dressed as a Santa with a crying Mae on his lap. "not dressing up as Santa again this year for obvious reasons. happy holidays," wrote Koma.

Net Worth Of Mae James Bair

As a child of two millionaires, Mae James Bair will inherit an impressive share of her parent's wealth in the future. Speaking of which, Mae's mother, Hilary Duff reportedly holds a net worth of more than $25 million.

Duff is best known for being the Disney star of early 2000 for her roles in the Lizzie McGuire teen drama, The Lizzie McGuire Movie, A Cinderella Story, Younger, Cheaper by the Dozen, and Cadet Kelly among others.

As for Bair's father, Matthew Koma is a songwriter who grew up in New York. And, he is expected to hold a net worth of over $25 million.