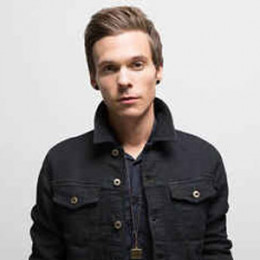 Matthew Bair, an American singer, a songwriter who is popularly known by the name, Matthew Koma earned fame from the singing but also came to popularity as a producer and a writer. He is the reason behind many of the hit songs that were even nominated for Grammy Award as well.

Matthew Koma was born on 2nd July 1987 as Matthew Bair in Seaford, New York with the birth sign Gemini. He is an American and belongs to White ethnicity. He was raised by her parents along with his brother in Long Island, New York.

Koma began his career in punk rock after being inspired from Bruce Springsteen and Elvis Costello. He then shifted his transition to pop and hip-hop to EDM. At the very initial phase of his career, he collaborated along with Miriam Bryant, Hardwell, Zedd, Alesso, Tiesto, Vicetone and many others.

After sometimes, with the help of Jimmy Iovine, he signed a contract with Interscope Records. In May 2012, he released his first EP called, Parachute in which he collaborated with Sam Watters, Alex da Kid, Louis Biancaniello, Ari Levine and so on. He then took part in the tour of Sorry For Party Rocking worldwide with Far East Movement and LMFAO.

During the same year, he along with Ron Aniello co-produced the remix, Rocky Ground by Bruce Springsteen, a single from his album Wrecking Ball. After that, he gave his vocal for the song, End of Pretend written by Black Cards.

Moreover, in 2014 he along with DJ Hardwell released the single-named, Dare You that appeared on RAC’s debuted album. As of 2015, he featured in Rediscovered, Kia Motor’s online video series where he even recorded a cover of The Miracle’s ''The Tracks of My Tears.’’

In the year 2015, he collaborated with The Knocks and released a song I Wish (My Taylor Swift) that was released as a single. The collaboration also appeared in 2016 on Knocks’ 2016 album, 55. As of 2017, he came out as a producer in numerous tracks for Shania Twain’s album named, Now.

Currently, Koma is in a relationship with an American actress and singer Hilary Duff since 28th January 2017 when they debuted together on the red carpet of a pre-SAG Award party as a couple. The pair even celebrated their first Valentine’s Day together in a grand way.

Unfortunately, the pair got separated in March due to some issues, but as of now, they are again together in October and are giving a second chance to their relationship.

Apart from his current relationship, he was dating a Canadian singer and actress, Carly Rep Jepsen in 2012. Later on, in 2015 years after dating the couple got separated due to some unknown reasons.

The dashing singer is currently at the age of 30 and stands at the height of 5 feet 9 inches (1.76m). The singer with numerous hit songs has an estimated net worth of $2 million. He also owns a BMW.