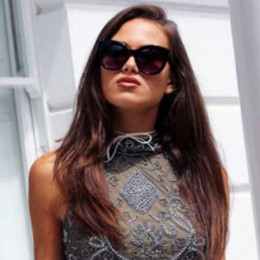 A British model plus blogger, Maggie is very famous for her beauty and elegance. She appeared in the music video for the song, Scared to Be Lonely. She posted the blog that contains her lifestyle, travel and food diaries that grabbed many audiences.

Maggie was born on 22nd January 1993 in England. She is of white ethnicity. Aquarius is her zodiac sign. She is a graduate who earned a master degree in science from Cass Business School.

While at a young age, she suffered from social anxiety and used to feel awkward to speak in front of a crowd and even in front of the friends too.

Maggie is the model for Bardou and looked fantastic in the photographs of the brand. Moreover, she is one of the bloggers of United Kingdom and posted blogs about the lifestyle tips, travel and much more. She appeared one time in the TV series, Made in Chelsea. Maggie was also featured in the music video for the song, Scared to Be Lonely along with Martin Garrix and Dua Lipa in which Martin Garrix appeared as a producer of the music video.

Maggie has not been linked with anyone until recently. She was caught with a Jewish-American reality TV personality, Scott Disick. He is one a sex-addict and been in relationships with numerous ladies including- Bella Thorne, Kourtney Kardashian, Kimberly Stewart, Chloe Bartoli and more.

So, for now, she may be single. single.

The beautiful, Maggie might have a descent net worth. She is earning enough from the blogs and also from the modeling career. In 2017, Petrova along with her family traveled to Goa, India for refreshment.