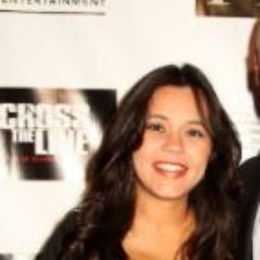 Mahiely Woodbine gained popularity as the wife of an American film actor Bookem Woodbine. Bookem is the Black Reel-Award-winning star well known for his role in the series Fargo.

Mahiely Woodbine is a married woman. Mahiely happily exchanged the vows with actor Bookem Woodbine in a low-key wedding in 1999. Her husband is still active in the showbiz business for almost thirty years, with several TV shows and movies appearances. 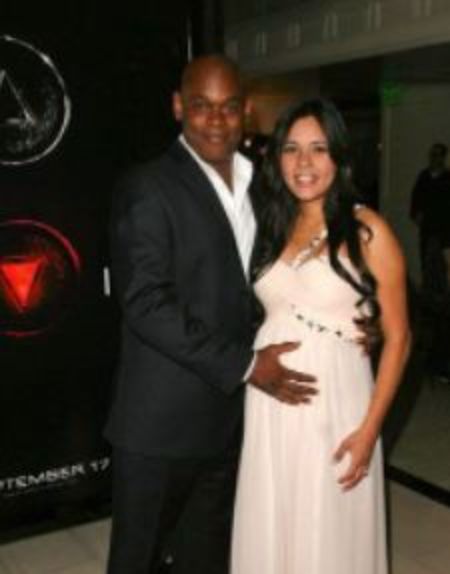 Mahiely Woodbine with her husband while flaunting her baby bump. SOURCE: Instagram

The duo announced  Mahiely's pregnancy on September 15, 2010, while making their red carpet appearances at the London Hotel in West Hollywood.

At the time, the soon-to-be mom flaunted her baby bump. The couple's last outing came at the premiere of Total Recall at the Grauman's Chinese Theatre in Los Angeles, California, on August 1, 2012. 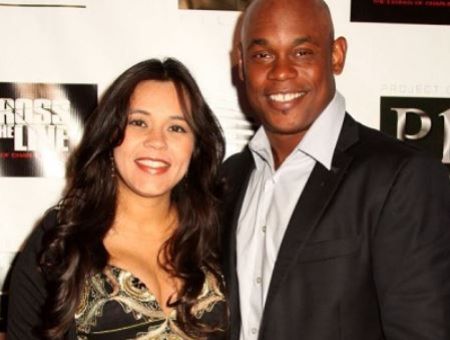 Additionally, the proud parent has kept her child away from the media spotlight without revealing her name. They are also yet to share the picture of their baby girl on social media.

Despite being the celebrity wife of a high-profile actor, Mahiely lives a low-key profile. Due to her social media absence, most of her details are out of the public. The family of three resides in Los Angeles.

What Does Mahiely Woodbine Do?

Mahiely Woodbine works at MBS, the marketing and advertising company. As of 2022, her exact networth is not revealed. Meanwhile, her spouse has summoned the staggering networth of $4 million. Bookem earned much of his wealth from his acting career with high-grossing movies.

Watch the video of Mahiely Woodbine and her husband appearing at a party in 2012.

Speaking of her husband's career, Mahiely started his acting journey at 19 with an uncredited role in the 1992 movie Juice. Next year, he appeared in the black comedy crime drama CBS Schoolbreak Special.

The Emmy and Critics' Choice Television Award-nominated actor has credits in a dozen TV projects like Drunk History, Underground, and Law & Order: Criminal Intent. He shared the screen alongside Tom Holland and Michael Keaton on a box-office hit movie Spiderman: Homecoming.