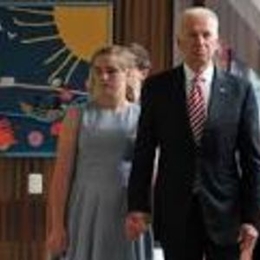 Maisy Biden is a child who gained media attention because of her parents and grandparents. She is the daughter of American lawyer and attorney Hunter Biden and his wife Kathleen Buhle. Other than that, people recognize Maisy Biden as the grandchild of 2020 Presidential hopeful Joe Biden.

Maisy Biden was born to Kathleen Buhle and her-ex-husband Hunter Biden in 2002. American by nationality, Maisy has two siblings Naomi and Finnegan who are 2-3 years older than her.

Her father Hunter Biden married Kathleen Buhle in 1993 after dating several months. The couple's wedding ceremony was held in a lavish way attended by big names from American political backgrounds. 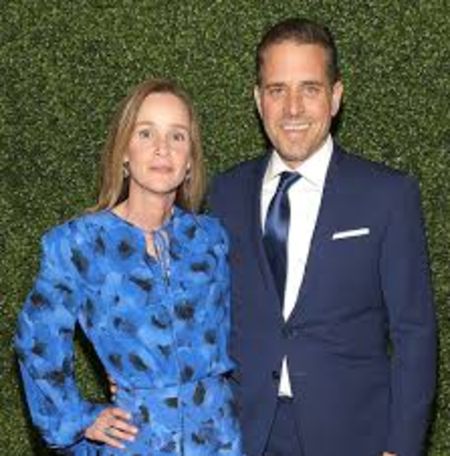 Maisy Biden's parents Kathleen and Hunter Biden.
SOURCE: People.com
Hunter Biden has three children Naomi, Finnegan, and Maisey with ex-spouse Kathleen Buhle. Biden and Buhle announced their separation in 2015 and finalized the divorce in 2017 after 22 years of marriage.
In 2016, Hunter started kindling romance with his brother Beau Biden's widow, Hallie Olivere. They ended the relationship by later 2017. Biden is also a father of a kid born to Lunden Alexis Roberts, a night club worker in Arkansas in August 2018. In May 2019, the lawyer moved on with a South African filmmaker Melissa Cohen. They welcomed a child in March 2020 in Los Angeles.

There's no doubt Barack and Joe are at the top of the internet's friendship goals, however, they're not the only Bidens and Obamas with a long-standing bond. Joe Biden's granddaughter Maisy Biden and Barack Obama's youngest daughter Sasha Obama are close friends. The two studied and graduated from the same high school. 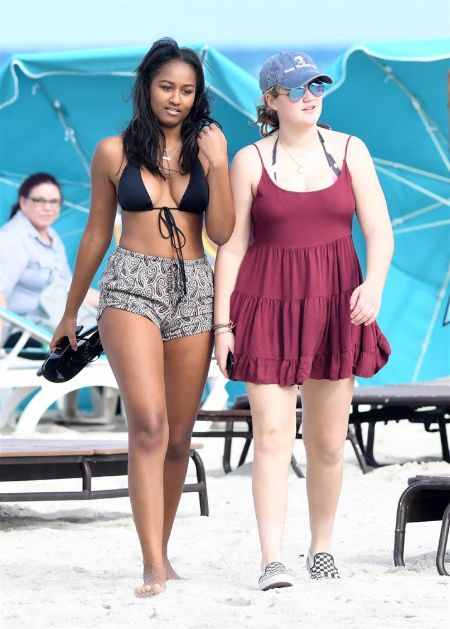 Maisy Biden soaks up some sun Sasha Obama.
SOURCE: Essence.com
Maisy and Sasha have a well-documented close friendship and often spotted together at events. Maisy, Sasha, Joe, and Barack often have a whole family get together. Maisy jetted off together on a trip to Miami in 2017 with Sasha Obama. They play basketball on a same team, which President Barack Obama once coached.

Maisy Biden was brought up in a wealthy and celebrated political family. She is raised and influenced by grandparents' Democratic frontrunner, Joe Biden, and his wife Jill Biden.

Maisy Biden, granddaughter of Joe and Jill Biden.
SOURCE: Instagram
Maisy's grandfather Joe Biden is worth a whopping $9 million earned from working at the presidential campaign for Barack Obama. Most of his earnings come from his work as a vice president from which he bagged a salary of $230,700.
His pension can be totaled to more than $248,000 yearly. Besides, the exact value of his real estate properties and assets are unavailable.
Even though Maisy Biden and her siblings aren't that attached to their dad, Hunter, the kids probably earned a huge amount in child support. That's not all, Maisy might have bagged some amount as a cash prize playing basketball during University.