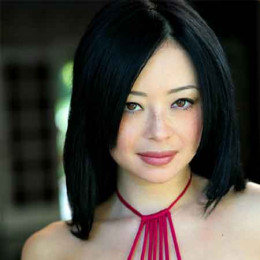 American actress and fitness model, Mandie Taketa is a trained martial artist and dancer. She debuted in acting in 2007 in the independent comedy film, ManBand! the Movie but her acting career never really took off. She is widely recognized as the former wife of comedian and actor Wayne Brady.

Mandie Taketa is possibly single at the moment. Nevertheless, she still appears on Brady's wall as they are spending quality time together for the sake of their daughter. Also, her 16-year-old daughter Malie and Wayne have been together since the duo parted ways in April 2007.

Previously she married comedian and actor, Wayne Brady. After dating for years, The duo exchanged vows in an intimate ceremony on April 3, 1999. The couple shares a daughter, Maile Masako Brady who was born on February 3, 2003. 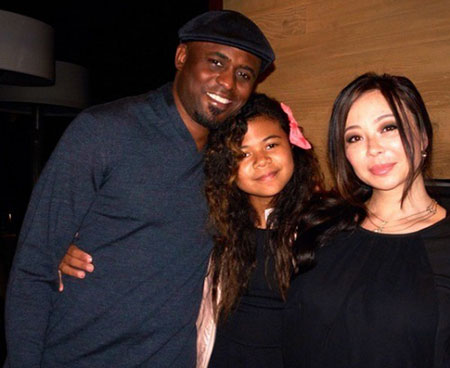 Just live her father, Maile is doing quite well in the acting field. She made an acting debut on CBS's long-running daytime soap "The Bold and The Beautiful".

She made a guest appearance on the 4th October 2018 episode sharing scenes with Nia Sioux.

Chillin in matching onesies with my bestie mini me @mailebrady_ Being her father truly is the job I was put on this earth for. #alwaysmybaby

However, the couple failed to handle their married life and split up on April 5, 2006, and Taketa filed for divorce on July 2, 2007. Though today they aren't together still the duo shared a healthy relationship and often gathered for family functions.

Wayne Brady suffers from clinical depression and had a mental breakdown in 2014 and he credited Taketa for helping him recover from his depression.

Prior to marrying Taketa, Brady was married Diana Lasso on December 31, 1993, but later on divorced her on September 21, 1995. Taketa is quite active on Instagram where she has more than 8k followers.

Check out the video of Mandie Taketa at 2015 Voice Awards event,

How Much Is Mandie Taketa's Net Worth?

Mandie Taketa, the 43-year-old American actress brings in huge amounts throughout her career as a professional dancer. Considering, her career growth, her estimated net worth is somewhere around $800 thousand.

The average salary of a professional dancer in the U.S. is around $15,500 to $257,500. Except for that, she pockets big bucks through the photo shoot and walking in fashion shows like a model.

Taketa undoubtedly proved her acting prowess and we've seen her skills, but there's more to her jo. The celebrity wife owns three companies "Adell Body Works," This Lifetime" and "Anything Everything Productions".

However, her former husband, Wayne Brady has an estimated net worth of $10 million. The Voice award-winning singer generates $2-$3 million per hour. They shared an apartment in Los Feliz, Los Angeles, followed by three months of the affair.

Mandie Taketa moved to Los Angeles to pursue her career in dancing and acrobatics as she is the national level gold medallist flyer in acrobatics, cheerleading, and paintball.

In 2007, she debuted in film ManBand! the Movie where she played the role of Vicky which was a disaster at the box office. After the failure of the first movie, she never enacted in any other movie. 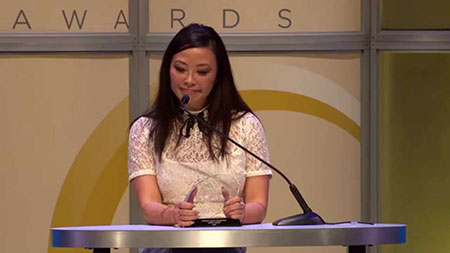 Mandie Taketa at an award function

Taketa served as the body technician at Adell Body Works since 2003. She was the creative brain behind This Lifetime from 23 years. In October 2011, she started a production company named "Everything Did" and currently serves as the company’s CEO.

Taketa rose to fame after marrying the actor, singer, and comedian, Wayne Brady. He is a regular host on the American version of the improvisational comedy TV series, Whose Line Is It Anyway?

He is also known for his hosting in talk shows like The Wayne Brady Show, Fox's Don't Forget the Lyrics!, Let's Make a Deal and others.

Mandie Taketa was born on March 3, 1976, in Hawaii, USA. Her birth sign is Pisces which defines her personality as compassionate, artistic, intuitive, gentle who have a way of bringing out the best in others.

Her father, Ronald Taketa is a Japnese immigrant who serves as the executive secretary and treasurer of the Hawaii Carpenters Union. Her mother is of European descent.

Taketa has a younger sister, Kristie Taketa who is a martial artist. She has a keen interest in dancing, martial arts, and performing from her early days.

At the age of 5, she started training in martial arts with her father as her sensei. Taketa attended the University of Hawaii for a year before dropping out.

Wayne Brady is an American actor, singer, and comedian who is a regular on the American version of the improvisational comedy TV series, Whose Line Is It Anyway?

Maile Masako Brady is the only daughter of actor-comedian Wayne Brady and Mandie Taketa. After her parents split, she spent time equally with his parents.