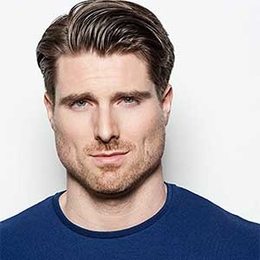 Acting is something which intrigues Marcus Rosenr since his early days and after years of struggle, he finally made his debut in 2012 in a minor role. The actor, however, started getting pivotal roles only after 2015.

Marcus' personal life is always a piece of interest to his fans though he prefers to keep it as private as possible. Reportedly, he is dating his mysterious blonde hair girlfriend. 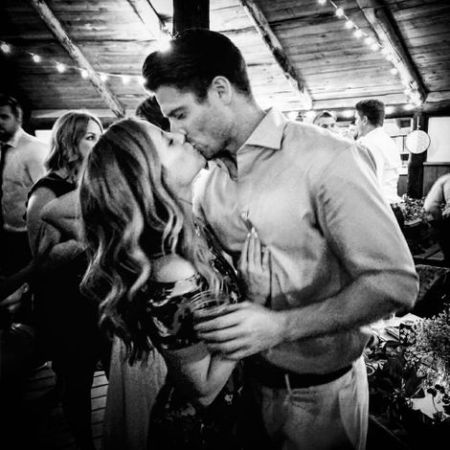 The actor first shares an emoji hidden picture with his girlfriend in August 2017 and many fans assume, they might be in a romantic relationship. After months of speculation, he finally posted a kissing picture in October wishing her partner a birthday. Interestingly, the actor called his girlfriend bunny and often hide her face with rabbit emoji. 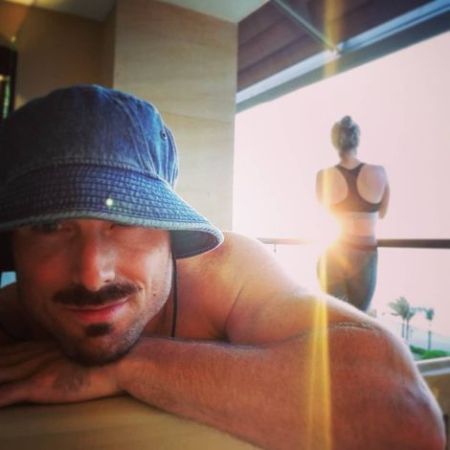 Afterward, the actor frequently started posting vacationing and traveling pictures with her but never show her face to the public, he only shares her hidden pictures. In between their break-up rumors also swirled in media but after Marcus birthday wishes to his beau on his 30th birthday shuts several mouths. The post along with the caption goes like this; "If it all goes to shit we'll go live out our days on a beach. Everything else is extra."

It's obvious that Rosner has no intention or wishes to discuss his love life in public with the way he shares pictures about his girlfriend. Not to mention, in 2017 Marcus once said, "I have a beautiful, intelligent girlfriend who I love more than life but you won't see any posts about her because that's our business."

Thus, it's also not known if the Supernatural actor has popped the question to his mysterious girlfriend. But, while Marcus might not be engaged or married to his partner, the actor is a proud Godfather.

Rosner Bonding With His Mother

The Canadian actor is pretty close to his mother and often shares the post with her on social sites. In 2018, he shares a dancing picture with his mother at her wedding day wishing her mother's day which captures wide attention. Recently on 2019 mothers day, he also shares his childhood pictures with her, check out, 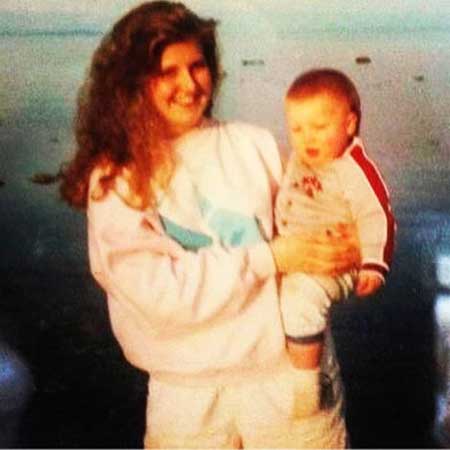 Marcus also did adventurous things to his mother, back in 2017, he climbed Vancouver hill along with her. Moreover, he often mentioned how her mom molds his life and career, he never misses an opportunity to praise her.

How Much Is Marcus' Net Worth?

The 30-year-old actor holds a net worth of $500 thousand which he accumulates from his acting appearances. Usually, the Canadian actor earns $47,000 but it may hike as per their popularity and projects they are involved.

Journey To The Canadian Film Industry

Born in Campbell River, British Columbia, Marcus was raised primarily in Sherwood Park, Alberta. After completing his graduation, he wasn't sure about his career but a significant trip to New York City with his mom changed his lives forever. They saw several Broadway shows which sparked the flame of acting to him but he knew it wasn't an easy journey.

Check out the video of Marcus dedicated to his fans and well-wishers;

After years of struggles and auditions, Roner finally made on TV in 2012 with This American Housewife but in a small role. The same year, he featured in the other two shows but his screen roles went uncredited. Fortunately, in 2015, the actor got his first pivotal role in Tomorrowland and since then there is no turning back.

As of now, Rosner is part of several filmographies including "Arrow", "UnReal", "Supernatural", "Once Upon a Time" and many more. Currently, he is busy shooting his upcoming, short film, "Dance with a Demon."

Stay updated with Marriedwiki to get the latest information of your favorite celebrities!!!!!