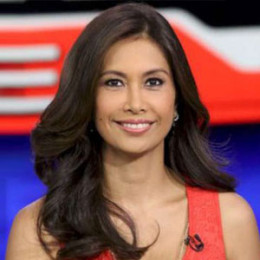 Maria Quiban is a weather anchor for KTTV in Los Angeles. She works with passion and dedication as a result of which her work is praised in the anchoring field. Quiban is currently a single mother. She has married three times, but all of her marriage failed eventually. Her third husband Sean Whitesell died at the age of 52.

Quiban attended The University of Hawaii earning the degree in Journalism. She also attended Mississippi State University graduating in meteorology.

Maria began her career as a journalist in 1995 even before her graduation. She worked in Honolulu for the local NBC affiliate KHNL in June 1995.

In 2012 Quiban joined the Qool Media Studios working as a producer as well as co-founder. As a major member of the studio, she also hosted mommylovetech.com.

Apart from that Quiban has made her appearance in several TV shows and films portraying the role of a reporter. She was cast in films like Bruce Almighty, Cold Case, Everybody Hates Chris and Criminal minds. She was a murder victim in the movie Blood Work.

Maria is currently a single woman. Her former husband Sean Whitesell died on December 28, 2015, due to glioblastoma multiforme. Sean is her third husband, and they have a son namely Gus Whitesell, born in 2010.

She celebrated Christmas 2018 and New Year with her son and shared their beautiful images via Instagram. Have a look of the mother-son duo:

She has good bonding with her son Gus and she frequently posts images with her lovely son. Gus turned 8 on 14th December 2018 and Quiban celebrated his birthday in an amazing way with a beautiful cake.

Officially 8 today! We both have a lot to be thankful for. Lots of love from our wonderful and large family plus many many friends. Thank you for the laughs and presents too! Gus is over the moon!

Previously Quiban was married to Brian Messner; her second husband. They married on September 9, 1999, and soon divorced due to some controversies.

She married her first husband in Honolulu when she was a teenager. She had a son, Desmond Quiban, born when she was only 17 years old in 1987.

At present Quiban is most probably single and not dating a new boyfriend.

Maria earns a decent amount from her career. However, the exact figure of her income has not been made public, but she possibly has a net worth in six figures.

Brian Messner is the second husband of Maria Quiban. They tied a knot on 9th September 1999.

Sean Whitesell is the third husband of Maria Quiban. He is an actor plus producer by profession. He died in the year 2015.

Desmond Quiban is the first child of Maria Quiban from her first husband. Desmond was born in 1987.

Gus Quiban is the second child of Maria Quiban with her late husband Sean Whitesell. He was born in the year 2010.