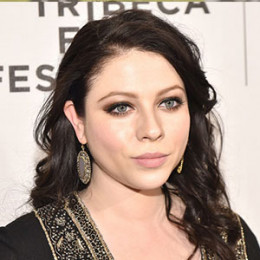 There is no specific age to start a career. An example of this quote is talented and beautiful American actress Michelle Trachtenberg. She began her career at the young age of 3 by appearing on the commercial for detergent and later she pursued a career in the Hollywood film industry.

Who Is Michelle Trachtenberg Dating?

The 34-year-old, Michelle Trachtenberg has never been married but involved in a number of romantic love affairs in her past. She is possibly single as of December 2019. Probably, she is waiting for the true love of her life.

Previously, Trachtenberg was in a relationship with Canadian actor, Shawn Ashmore. They dated from 2004 to 2006. She was then speculated to be dating a nightclub manager Brandon Hirsch. It is also said that they started dating in 2007 but kept the relationship low profile.

The actress then went out with Scott Sanford in 2008. The couple even got engaged but separated soon in 2010 for some personal reasons.

That's not all, Ice Princess actress had an intimate relationship with Josh Groban. They kindled relationship in 2012 but parted ways in 2013. Her ex-boyfriend, Josh is a famous American singer and actor. Even her bond with Groban could not last long.

Similarly, Michelle Trachtenberg was spotted with an American recording artist, Kid Cudi. They were caught together in April 2014 while leaving the Chateau Marmont Hotel together.

Michelle allegedly had an affair with Jason Segel, Pete Wentz, and Jason Lewis among others. After all these affairs, she remained single in the present moment.

How Much Is Michelle Trachtenberg's Net Worth?

Michelle Trachtenberg has an accumulated net worth of $9 million and $8 million as per Celebrity Net Worth and The Richest respectively. She receives $50.88-$100 per hour for starring in the movies.

The actress worked in a number of movies and TV series from where she collected an amazing paycheck. Moreover, here is the list of Michelle's movies that made a good collection at the box office.

According to some sources, a TV star makes a salary between $150k to $1 million. Besides, she participated in several charity events.

At the early age of three, Michelle Trachtenberg made her first TV appearance in a commercial for Wisk detergent. She then featured in more than 100 commercials so far.

I missed #firstheadshot day last week because this one took a while to find, out of my many early #headshots. Don't let the angelic smile fool you, I'm sure I was up to no good. #fbf Happy #friday!!

A post shared by Michelle Trachtenberg (@michelletrachtenberg) on May 4, 2018 at 9:17am PDT

When Michelle was 6, she made her TV series debut in an episode of Law & Order. She then worked in several uncredited and small roles.

From 1994 to 1996, she worked in the Nickelodeon TV series, The Adventures of Pete & Pete as Nona F. Mecklenberg starring Michael C. Maronna and Danny Tamberelli. Her performance was highly appreciated by fans and critics.

Moreover, in 1995, Trachtenberg made her movie debut in an uncredited role in Melissa. In the following years, she appeared in the film, Harriet the Spy. Additionally, she won a Young Artist Award for her performance in the movie.

In 1998, Trachtenberg won another Young Artist Award for her role Maggie Parker in CBS' series, Meego.

One of her other popular works includes supernatural drama TV series, Buffy the Vampire Slayer. The series starred Sarah Michelle Gellar, Alyson Hannigan, and Nicholas Brendon. She again won the same award for her role in the series.

Michelle Trachtenberg has a height of 5 feet 7 inches (1.71m) and weighs 52 kg. She has a great physique with the body measurement of 34-27-35 inches. Similarly, the actress has grey eyes with brown hair.

Michelle Trachtenberg was born Michelle Christine Trachtenberg on 11th October 1985 in New York City, New York under the birth sign Libra. By nationality, she is American and as far as her ethnicity is concerned, she is of Mixed (German and Russian descent).

Guess who? This sassy little lady just turned 33. Hint. It's me

A post shared by Michelle Trachtenberg (@michelletrachtenberg) on Oct 10, 2018 at 9:03pm PDT

Trachtenberg is the daughter of  Lana, a bank manager, and Michael Trachtenberg, a fiber-optics engineer. Her parents are immigrants from Germany and Russia. Her Jewish parents raised her with her older sister, Irene in Sheepshead Bay, Brooklyn.

Regarding her academics, Michelle attended The Bay Academy for the Arts and Sciences. Later, she joined Notre Dame High School in California. Michelle can fluently speak Russian. As per hobbies, she is interested in ice skating, writing poems and swimming.

Besides, the actress is active on social media and has a good fan following. As of 2018, she has over 400k followers on her Instagram and over 300k on Twitter.