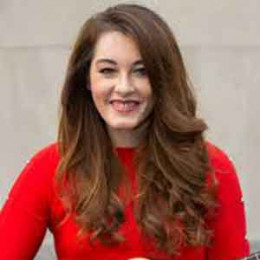 Being physically disabled, American singer, Mandy Harvey never led her disability to ruin her dreams. By the age of 18, she completely lost her hearing but she relied on her experience as a singer and aspires to inspire others to embrace their short-comings. In 2017, Harvey participated on America's Got Talent, season 12 which helped her to gain international fame, she finished the show at 4th place.

Mandy Harvey was born on January 2, 1988, in Cincinnati, Ohio, USA. Later, she moved to St. Cloud, Florida with her family and then to Colorado. As a child, she had hearing problems and underwent several surgeries. She had a keen interest in music from her early days and sang throughout her childhood. 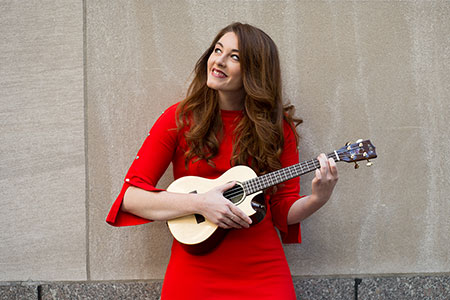 Later, her talent was recognized by Longmont High School where she completed her graduation in 2006. Gradually, Harvey started losing her hearing as a result of the connective tissues disorder Ehlers-Danlos syndrome and by the age of 18, she completely lost her hearing while she was majoring in vocal music at Colorado State University and left the university.

In 2008, Harvey met jazz pianist Mark Sloniker at Jay's Bistro in Fort Collins where she performed along with him. Later, she sang at Dazzle Jazz Lounge in Denver and recorded several jazz albums. She released her debut album, Smile in 2009 and won VSA's International Young Soloist Award in 2011.

As of 2018, Harvey is working on her fourth album which is all original content and started her musical tour at the end of July 2018.

In 2017, Mandy Harvey participated in the 12th season of America's Got Talent which helped her to gain international fame among audiences. She performed with a ukulele at the auditions and wins all four judges heart, Howie Mandel, Heidi Klum, Mel B, Simon Cowell. She finished the show at 4th place.

In an interview with BBC in November 2017, Harvey revealed, when she first performed at the stage, she was accused of promoting oralism and also received death threats from Deaf community for promoting a "hearing" activity.

Mandy Harvey is a professional American singer who has earned a decent amount from her singing career. As per some online sources, she has an estimated net worth of $1 million.

Mandy Harvey is possibly single at the moment. She is quite ambitious and hardworking and her work is always her first priority. She is an Ambassador of No Barriers, a non-profit organization which helps people with disabilities overcome obstacles. She uses "visual tuners" to help her find pitches.

In 2017, Harvey released a memoir along with co-author Mark Atteberry, Sensing the Rhythm: Finding My Voice in a World Without Sound which was commercially successful.

Check out the auditions video of Mandy Harvey on America's Got Talent 2017;