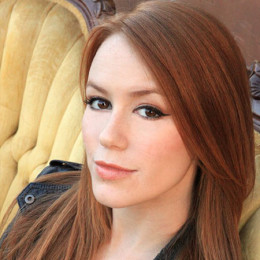 American actress Marisha Ray rose to fame after she gave her appearance in the web series, Critical Role. She started her acting career from the theaters and is unstoppable ever since. Besides, Ray is also involved in writing. She even won an LA Webfest Awards for her writing in the horror web series, 8.13.

American actress Marisha Ray rose to fame after she gave her appearance in the web series, Critical Role. She started her acting career from the theaters and is unstoppable ever since. Besides, Ray is also involved in writing. She even won an LA Webfest Awards for her writing in the horror web series, 8.13.

Is Marisha Ray Married Or Dating Her Boyfriend?

Marisha Ray, an American voice actress is a married woman. Ray tied the knot to her boyfriend turned husband Matthew Mercer on 21st October 2017. They held their wedding in a private ceremony attended by families and friends.

Well, the couple dated for months and finally got engaged in 2016. They are inseparable since then. The lovebirds shared an Instagram post celebrating New Year eve 2019 together.

Moreover, Marisha and her husband are together for three years but shares no children yet. The duo is probably busy focusing on their career. They are free from any types of rumors about any divorce and extramarital affairs. 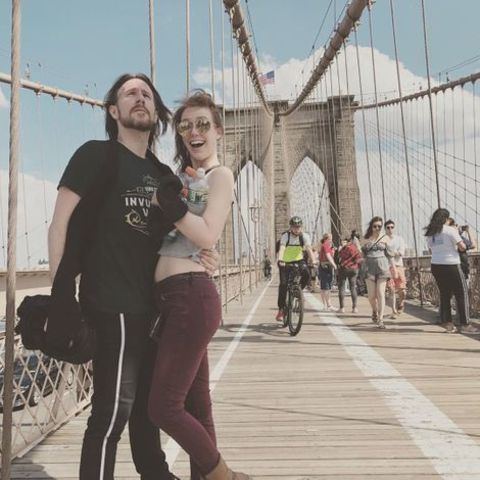 The similar things between Marisha and her lover is they both are adventure lover and prefers long drive and love animals. Ray is so in love with her boyfriend that she doesn't want to miss a single moment spend with him.

Most recently, the actress and her darling posed aside the bridge, on a Brooklyn side on May 24, 2019. She captioned,"Everyday is such an adventure. So incredibly proud of this man, my husband. Can't wait for what's next on the horizon".

How Much Is Marisha Ray's Net Worth?

Marisha Ray's net worth is around $100 thousand as per several sources, but, the amount is still under review. She makes an amazing net worth and salary from her acting career. She also earns a good amount from commercials and advertisement.

As per some sources, a TV star makes a salary between $150k to $1 million. Since 2018, she is working in the web series, Key Questions.

Besides, the actress is active on social media and keeps on posting several pictures and videos which helped her to grab a huge fan following. As of January 2019, her Instagram and Twitter have more than 124k and 218k followers respectively.

Born on 10th May 1989 in Kentucky, Marisha Ray is an actress. Ray's birth sign is Taurus. She holds American nationality and belongs to White ethnicity/race.

Moreover, Marisha graduated in 2007 from Park University. She later attended the American Academy of Dramatic Arts.

Marisha Ray moved to Los Angeles soon after her graduation in order to pursue a career in acting. Initially, Ray worked in theaters plays and later started working on big screens.

Ray's breakthrough came in 2015 in the web series, Critical Role. She shared the screen with Matthew Mercer, Ashley Johnson, and Laura Bailey.

Besides, Ray is also involved in writing. She wrote in several shows including Chaotic Awesome and Batgirl: Spoiled. She also wrote some episodes of horror web series, 8.13. Her writing helped her to win LA Webfest Awards in a category of Best Writing.

Marisha Ray married her boyfriend turned husband Matthew Mercer on October 21, 2017. They dated for months before getting married.