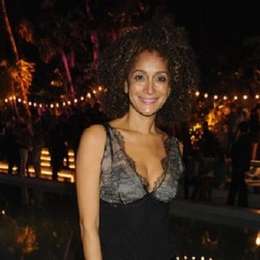 Marita Stavrou is an American actress known for the 80s sitcom Family Matter & movies like Dinner Rush and The Strictly Business. However, she further gained fame after tying the knot with former NBA basketball player, Reggie Miller.

Marita Stavrou is widely recognized as a glamorous & much-loved actress who starred in the 1991 movie The Strictly Business. But, fans can't help but wonder what's going on with her relationship status. Without further ado, let's discover about her personal life below. 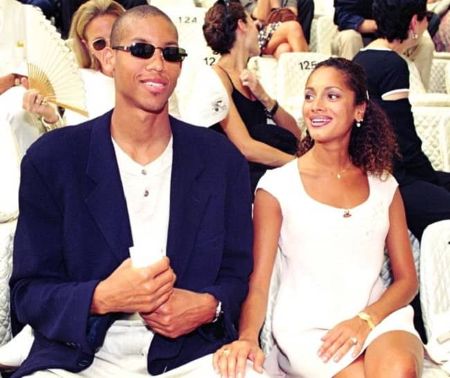 A picture of Marita Stavrou with her ex-husband Reggie Miller. SOURCE: Pinterest

Well, Marita Stavrou was once a married woman. She walked down the aisle with her boyfriend turned husband Reggie Miller. They tied the knot on 29 August 1992. By profession, her husband was a former NBA Basketball player who played for Indiana Pacer for 18 years.

Likewise, Marita was first introduced to Reggie by basketball icon Magic Johnson. Soon, they started spending time together. And, not long after becoming close friend friends, they began their whirlwind romance. The lovebirds didn't waste any time tying the knot. Reggie even came up with a prenuptial agreement which was approved and signed by Marita, according to which Marita would receive 5% of his assets.

But, after eight years of their nuptial, their union came to an end. The divorce was finalized citing irreconcilable difference on 2nd April 2001. Nevertheless, Marita received a staggering $5 million as a part of their divorce settlement. Besides, Marita and her ex-spouse welcomed two children. However, their identity is kept in the dark.

Why was Marita Stavrou Divorced?

The martial life among the couple didn't go well right from the beginning. In an interview, Reggie also told in that Marita was bored on the first night of their time living together in Paris. On the other hand, Marita also went to Los Angeles to pursue her acting career leaving her husband behind. 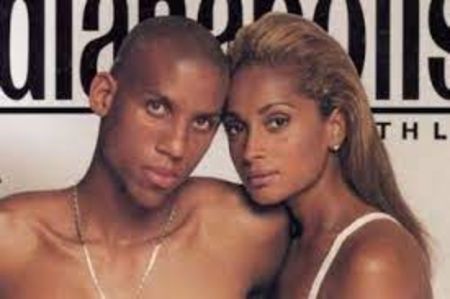 A cover picture of Marita Stavrou for a magazine. SOURCE: Pinterest

Since Marita left her husband and prioritized her career ahead of their married life, Reggie felt neglected. Not to mention she would travel around the globe and not come back home for a long time. However, Marita wanted to establish her own identity rather than just being a spouse of an NBA icon.

Due to negligence from Marita, in 2000 Miller decided to file a divorce. Back then, Miller had purchased $1 million worth of mansion in Indiana which was burned down. Considering his messy family situation, Miller alleged his ex-wife for the arson. No charges were taken against her due to a lack of strong evidence. 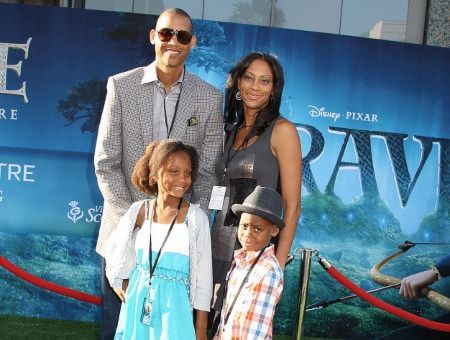 Interestingly, Marita also accused the former Indiana pacer star of hiding his wealth to lessen the settlement amount. Meanwhile, Reggi's lawyer stated that it was all trap of Marita to come back to his life.

However, following a terrible divorce, both parties have moved on with their life. Currently, Marita is single and isn't romantically linked with anyone. Meanwhile, her ex-husband reportedly got hitched with his girlfriend Laura Laskowski and shares three children; one son and two daughters.

Not to mention, Reggie's son has followed in the footsteps of his paternal uncle Darrell Miller as he currently practices baseball instead of Basketball like his father. Reggie tries to never miss the games of his son and makes sure to posts pictures of his children on his Instagram page.

Likewise, the third child of Reggie and his baby mama was born in 2021. Interestingly, the youngest daughter of Reggie and Laura shares her birthday with her paternal aunt, Cheryl Miller who is also a former Basketball player.

How rich is Marita Stavrou?

Marita Stavrou gained fame from her acting career. Her debut came with the 1989 comedy sitcom Family Matters. There, Marita did a minor role as Kim but her top-notch acting made a big impact. Later, Stavrou played for movies like Dinner Rush and The Strictly Business.

Watch the video of Martia Stavrou watching a basketball game with Billy Baldwin below.

Meanwhile, her ex-husband has a whopping wealth of $80 million including real estate in Indiana polis. Most of his earnings are collected from his NBA salary, bonuses, and brand-endorsement deals during his 16 years career at Indiana pacer.

Talking about her networth, Marita has summoned an estimated net worth of $10 million. Thanks to her acting career and the divorce settlement amount. Currently, Marita lives a secretive lifestyle, away from the prying eyes of the public.

Marita Stavrou walked down the aisle with her former Indiana pacer player Reggie Miller. It ended in divorce in 2001.

Marita Stavrou shares two children with her ex-husband whose information is not disclosed.

Marita welcomed two children with Reggie Miller, whose personal details are yet to be disclosed.