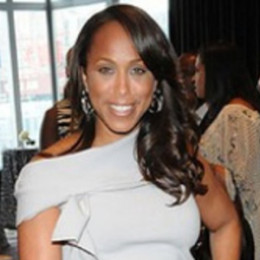 American socialite, fashion icon as well as an internet personality, Marjorie Harvey is known for being the wife of television host Steve Harvey. She is also a creator of the blog Lady Loves Couture.

Marjorie Harvey was born Marjorie Ridges Woods on October 10, 1974, in the United States of America to mother Doris BriCarrer. She belongs to Afro-American ethnicity and holds American nationality.

She attended the University of Memphis but dropped out before graduating.

Majorie Harvey is a fashion aficionado has traveled all around the world to attend several fashion shows. She often got an invitation from Milan’s Fashion Weeks in Paris.

Harvey works on her own blog, ladylovecouture.com where she provides many types of fashion senses. She also has a website The Lady Loves Couture.

Majorie Harvey earns a fair amount of money from her career as a fashion designer. Being a fashion blogger of ladylovecouture.com, she takes home a good salary

Majorie Harvey's exact net worth is not public, but jointly with her husband, their estimated net worth is assumed to be around $100 million.

Her husband Steve Harvey who is a multi-millionaire gifts her various luxurious things. He is worth $100 million and $160 million according to The Richest and Celebrity Net Worth.

Before their marriage ceremony, he gifted her a yacht and also presented her a Rolls Royce worth $500k on her 50th birthday. Then on her husband’s 59th birthday, she gifted him a white Bently costing around $180,195.

Marjorie Harvey married thrice in her life and has three children named Jason, Morgan, and Lorie from her previous relationships.

Her first husband was a criminal and drug dealer, imprisoned for a lifetime, and later they divorced. She then married Darnell Woods. Unfortunately, they divorced.

After two unsuccessful married life, Harvey again married with television host Steve Harvey. After dating for a year, the couple tied the knot in June 2007 at Maui. The couple had first met at a Memphis comedy club in 1990 and after their meet, they immediately got along and started dating later on.

The couple shares no children but has seven children three from her previous relationships and four from Steve Harvey's previous marriages.

Besides, She is also an Instagram star and has accumulated more than 1.9million followers.

Here is a video of Marjorie Elaine Harvey.

Marjorie Harvey married for a second time with Darnell Woods, but they couldn't handle their relationship and got divorced.

Marjorie again married with television host Steve Harvey. After dating a year, the couple tied the knot in June 2007 at Maui.