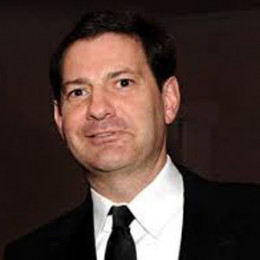 Mark Evan Halperin is a famous American television personality and a political figure. He is currently the senior political analyst for MSNBC and Bloomberg News. Halperin is the son of Morton Halperin, a foreign policy expert, and Ina Young. He received his B.A. from Harvard University in 1987. Halperin’s career in journalism started out as a desk assistant for ABC News and a researcher for World News Tonight in 1988 and in 1997, he became the political director for ABC News.

He is currently in a relationship with Karen Avrich, but they are not yet married so she isn’t his wife yet.

He also does not have any children. Other than this, other personal information about him is hardly publicized in the media. After making an inappropriate on-air comment about President Barack Obama, he was temporarily banned from providing his political views on the MSNBC network.

He was accused of sexual misconduct by five women on 26 October 2017. NBC and MSNBC terminated their contract with Halperin.

He has a net worth of about $3 million as of 2019. He makes a good amount from his career as a journalist.

He studied at Walt Whitman High School and received a B.A. from Harvard University in 1987.