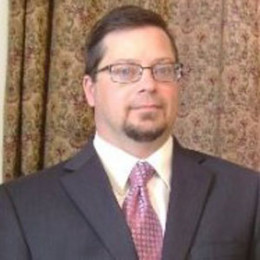 The 67-year old Mark Seiler is a film executive. He is widely known for his long dating affair with American actress Morgan Fairchild. He is the producer of The Island on Bird Street and Executive producer of two films, Mesmerized and Plenty.

Mark Seiler was born in 1950, United States of America.

Mark is the executive producer of the 1985 English drama film Plenty directed by Fred Schepisi and featuring Mary Streep, Charles Dance, Tracey Ullman, and Sam Neill. In the same year, he also produced the 1985 film Mesmerized, featuring Jodie Foster, John Lithgow and many other.

In the year 1997, Mark produced The Island on Bird Street.

The 67-year old is currently dating actress Morgan Fairchild. She has a voluptuous figure and deep sultry voice. She gained overnight popularity after featuring the character of Constance Weldon Semple Carlyle in the TV series, Flamingo Road. The couple is dating since 1986.

Morgan previously married American inventor, executive and musician Jack Calmes in the year 1967. However, they got divorced after six years of their relationship. The reason behind their divorce is a mystery.

The renowned actress Morgan has had 26 failed relationships. Following the divorce, she dated John Kerry, who was a US Senator and then-presidential applicant.

Mark Seiler has produced several successful movies including Plenty, Mesmerized, and The Island on Bird Street. Therefore, it can be surmised that Mark has earned a good amount of net worth from his creative career which is estimated to be $1 million. Moreover, Mark’s longtime girlfriend Morgan’s current net worth is $10 million.