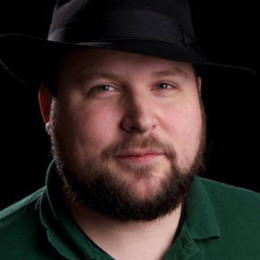 A Swedish video game programmer and designer, Markus Persson is widely known as the founder of Mojang. He is mainly known for his role in developing Minecraft, the hit PC game.

Exploring his personal life he was married to his girlfriend who was known as "Ez" in the Minecraft community. Later due to some personal reason they got divorced. Currently, he is single and there is no rumor or gossip regarding his affair with anyone. He is an atheist and he has donated $250,000 to the EFF's Defend Innovation project. Recently he bought 8-bedroom, 15-bath mansion near Beverly Hills, California and he is living there.

He is a son to Birger, who professionally was a railway employee and his mother, Ritva, worked as a nurse. He has a very keen interest in programming from his small age and as the result, he began to programming in father's Commodore 128 home computer from the age of seven. He started his professional career by working as a game developer for King.com. Later in 2014, Microsoft purchased his creation Minecraft for $2.5 billion, making him a billionaire.

She is better known as "Ez" in the Minecraft community. She has not given birth to any child. Reason behind their divorce is still unknown.