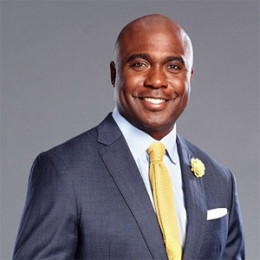 Marshall Faulk is a former American football player who played as a running back in the National Football League (NFL) for twelve seasons. He also worked on the NFL Network as an analyst until December 2017. He began playing right from his school days. His professional career started after being drafted by Indianapolis Colts.

Marshall Faulk was born Marshall William Faulk on 26th February 1973, in New Orleans, Louisiana. Faulk's birth sign is Pisces. He is the son of Cecile Faulk and Roosevelt Faulk. He attended Carver High School in the Ninth Ward of New Orleans and was part of the football team. 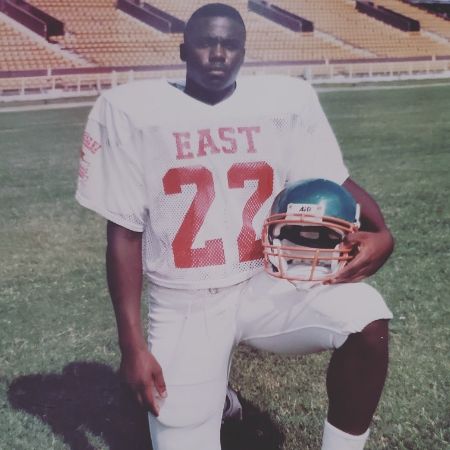 Faulk played as a running back for the Sandiego State Aztecs football team at his college. He played a match against the University of the Pacific on September 14, 1991. In the game, he scored 386 yards and seven touchdowns and broke the record for the freshman. His performance then made one of the greatest freshman seasons in the history of the NCAA. The match was one of his memorable performances during his college career.

In the 1992 season, Faulk stood second in the voting for Heisman Trophy Award after being defeated by Gino Torretta. Later, he led his team and finished with a 5-5-1 record which helped them to be one of the notable players in the nation’s best team. In the year 1993, he stood third in yardage and second in scoring after he made 47 passes for 640 yards and 3 TDs with 1530 yard and 21 TDs.

Marshall Faulk was regarded as ‘’one of the four players who rank well above the others in the draft,’’ including Dan Wilkinson, Heath Shuler, and Trent Dilfer. Faulk’s professional career in football started after the Indianapolis Colts drafted him in the second overall draft in the 1994 NFL Draft.

After playing number of games on the team, Faulk became one of the first players in NFL to win the Offensive Rookie of the Year Award and Pro Bowl’s Most Valuable Player Award. He rushed 1,078 yards and 14 total touchdowns. The following year, he missed some matches due to his toe injury. 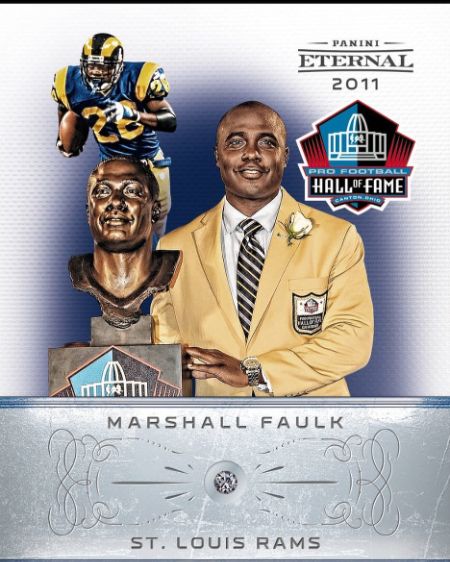 In 1999, Faulk was traded to the St. Louis Rams. He became one of three NFL players, Marcus Allen and Tiki Barber, to receive 10,000 rushing yards and 5000 receiving yards. After his phenomenal six years with the team, he decided to leave in 2005.

Faulk announced his retirement from football in 2007. The following year, the team retired his jersey number as well. In 2011, he was inducted to the Pro Football Hall of Fame after placing first to receive 6875 yards.

Besides, Faulk joined NFL Total Access as an NFL Network analyst. He then served on Thursday Night Football’s pre-game and also on NFL Sunday’s GameDay Morning. He, along with his fellow ex-players, Ike Taylor and Heath Evans, was suspended from the network in an allegation of sexual harassment in 2017.

Marshall Faulk is currently single but had children from his previous marriage. Faulk was married to Lindsey Stoudt in 2006 at the Ritz-Carlton hotel in Orlando, Florida. The couple shared a daughter together to, whom he used to call his little nugget.

After staying together for almost eight years, the couple divorced in 2014 due to their irreconcilable differences. 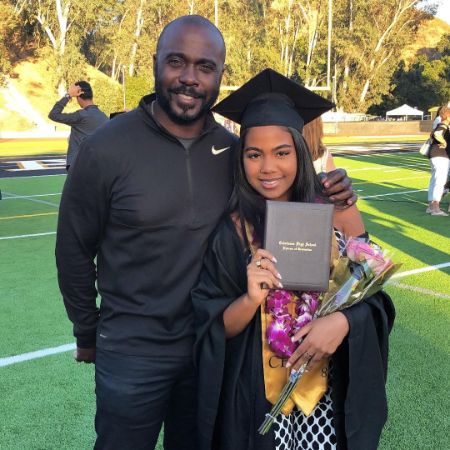 Faulk had a relationship with four different women and had six children. He has three daughters with his then-girlfriend, Helena Dunne. He gifted a residence in St. Louise to Helena. Helena filed a lawsuit against him in 2003 for domestic violence. However, the court did not accept the lawsuit and took Faulk's side after Dunne abused the legal procedure.

Faulk also had a relationship with Derek Fisher's ex-wife, Candace Fisher, and had a son named Marshall Faulk Jr. He gifted a BMW to her after the birth of their child. He has kept the information about one of his girlfriends undisclosed.

Besides, Marshall Faulk was suspended from the NFL Network after he was accused of sexual misconduct by Jami Cantor, a wardrobe stylist.

Faulk received a good singing amount from various teams like:

In 2006, Marshall Faulk married his reality star wife, Lindsey Stoudt. After living together for years, they divorced in 2014.

Presley Faulk is the daughter of Marshall Faulk. She is among her four daughters.

Gabrielle Faulk is another daughter of Marshall Faulk. She was born in 1999.

Farrah Faulk is the daughter of Marshall Faulk. She has other four siblings.