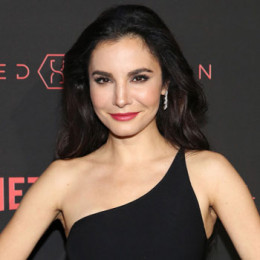 Martha Higareda is a Mexican-American actress who appears on both Mexican and American movies & TV series. She started performing in theatres at an early age and debuted in the movie industry in 2002 from a Mexican movie named Amarte Duele. Her US Debut happened in 2007 when she got the role of Valeria in the horror movie, Borderland. Higareda is cast in some Television series like Altered Carbon, Queen of the South, and so on.

Martha Higareda is a married actress who tied the knot to actor Cory Brusseau in 2016 at a private ceremony in Hawaii.

Martha Higareda was born Martha Elba Higareda Cervantes to parents Martha Cervantes and Jose Luis on August 24, 1983, in Villahermosa, Tabasco, Mexico. Her mother was an actress while her father was an artist & therapist.

She grew up with her sister Miriam Higareda and brother Jose Luis Higareda in Mexico. Higareda was interested in acting and dancing from an early age and learned dance forms like flamenco, tap, jazz, and folklore. 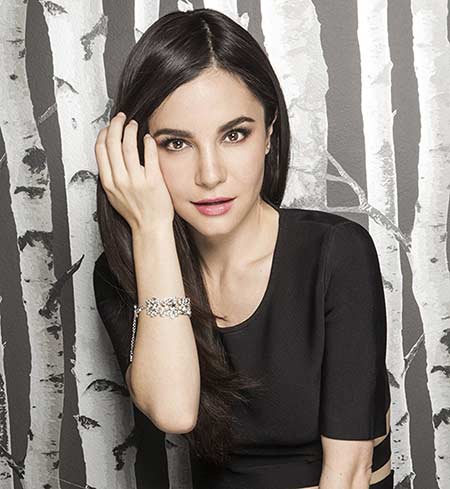 Later on to pursue an acting career she moved to the Mexico City leaving her hometown behind as the city had more opportunities. In Mexico city she started to appear in theatre plays firstly and acted in the plays Don Juan and Little Women. Then she enrolled at El Tecnologico de Monterrey college to study Communications.

While being a student of the college she also attended an acting school while managing equal time for both. But as she wanted to make a career in acting she eventually changed her major subject Communications to performing arts.

Martha Higareda is professionally an actress, screenwriter, and producer who debuted in the entertainment industry in 2002 from a Mexican movie named Amarte Duele. Her acting was appreciated by everyone. She starred in Mexican movies like Mujer Dormida, 7 Dias, Asi de Precipicio, Fuera del Cielo, Casa de Los Babys and numerous more.

For her movie Mariachi Gringo, she won the Mayahuel Award at the Guadalajara International Film Festival. It was in 2007 when she made her US Movie debut from the American horror movie Borderland where she portrayed Valeria. After her debut, there was no stopping as she continued getting roles in American movies. 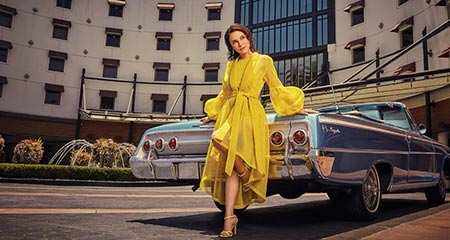 Some of her American movies include Street Kings, Smokin' Aces 2: Assassins' Ball and Hello Herman. In the movie Street Kings, she played alongside Keanu Reeves lover and acted alongside other actors like Chris Evans, Forest Whitaker, and Hugh Laurie. She started appearing in American Television series namely Royal Pains in 2014 where she played the role of Viviana.

At the age of 25, she wrote and produced her first Independent movie Te presento a Laura which managed to land in the top 10 films in box office for 10 consecutive years.

In 2014, she wrote and produced a movie named Casese Quien Pueda which means Marry Me if You Can in English where she was among the cast members as well. The movie was the second biggest box office collecter that year. Besides she voiced the character Topaz in an episode of Steven Universe series and Zafiro in the Mexican animated movie, Marcianos vs. Mexicanos. Her 2018 projects include tv series Altered Carbon and Queen of the South.

Martha Higareda is estimated to have a net worth of $3 million according to various online sources. However, her exact net worth is not estimated. Most of her movies are a hit in the box office.

Martha Higareda is a married actress who tied the knot to actor Cory Brusseau in 2016 at a private ceremony in Hawaii. The couple first met while she was shooting for her movie Casese Quien Puede for which she also was a writer and producer.

They started dating in 2011 and got married later on. They don't have any children yet. Before being married to Brusseau she was rumored to be dating her Street King movie's co-star Keanu Reeves in 2007. Both the actor remained silent and didn't give any confirmation about their relationship so the rumors might be false. 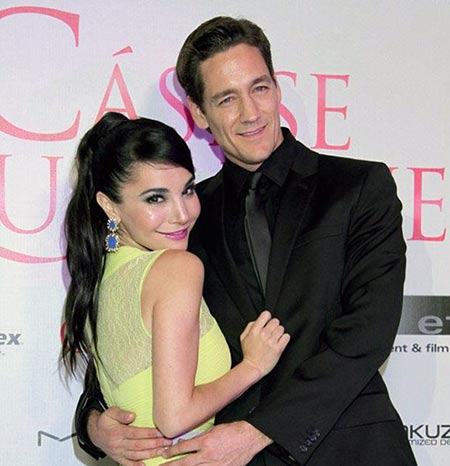 She won the Silver Goddess Award twice at the MTV movies favorite actress award for delivering amazing performance. Martha is a 5'3 woman having a slim body with beautiful features. She boasts around 1.4 million followers on her Instagram handle and has posted 434 photos as of August 22, 2018. As for her twitter, she has 899k followers and is active in both of her social media sites.

The couple began dating in 2011 and tied the knot in an auspicious ceremony in the year 2016.