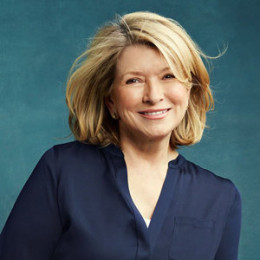 Domestic diva and TV personality, Martha Stewart built an empire of home-based products. As founder of Martha Stewart Living Omnimedia, she has gained success through a variety of business ventures, encompassing publishing, e-commerce and so on. She is the daughter of Edward Kostyra and Martha Ruszkowski Kostyra. She attended Barnard College, for chemistry, but switched to art and European History. She made many television appearances away from her own programs, including Ugly Betty, Law & Order: Special Victims Unit, and Oprah with Oprah Winfrey.

Talking about her personal life, she was previously married to her high school boyfriend from Yale Law School. However, the couple split up after thirty years of their togetherness. After this relationship, she is believed to be in the affair with billionaire and some of the great personality of America. Besides she has a daughter from her previous marriage. Currently, she is living with her daughter in Katonah, a hamlet of the town of Bedford, New York.

Their only child, a daughter named Alexis, was born in 1965 after four years from the date of marriage.