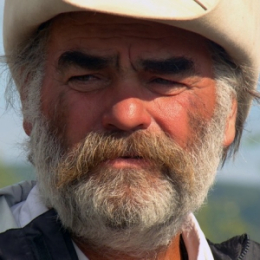 The adventurous loving Marty Raney lived his whole life in the difficult terrains of Alaska. He not only survived in the harsh environment but in fact, he also thrived in it and is making a living because of his experience. He currently hosts a program 'Homestead Rescue', which helps contestants succeed off the grid and survive off the land.

The reality TV star Marty Raney is married to Mollee Roestel since 1974. The couple is together for over 44 years and the relationship is only getting stronger.

Matt's wedding....beautiful and so fun!

The adventurous loving couple moved to a remote place named Haines after marriage. The place is famous for a high population of Alaskan brown bears. The pair still lives there even after gaining fame and money.

With time, Raney and his wife expanded their family with children. They are proud parents of four children, namely Melanee Raney, Misty Raney, Matthew Raney, and Miles Raney.

Marty and his spouse Mollee instilled the surviving skills on their children at a young age. They took their children for trekking in extremely dangerous Chilkoot Pass at the young age of 10.

Marty and his partner believe that living in harsh circumstances inspires creativity, ingenuity, resourcefulness and an innate appreciation for all things simple. Furthermore, they think adventurous activities bring the family closer.

In January 2018, Raney broke a drone which was hovering over his property. The owner of the drone filed a petition for a protective order against Raney. However, The dispute was dissolved when Raney apologized to the owner and promised to replace the drone.

What is Marty Raney's Overall Networth? Know about his Earning and Salary

Marty Raney's holds an overall net worth of $1million - $1.2 million. He garnered this wealth through various professions. He is a certified Expedition Guide and owns a family-run company named Alaska Stone and Log Company.

Raney furthermore appeared in many documentaries as a climber and guide, which made him familiar in front of the camera. He, however, gained further exposure when he took part in the show Ultimate Survival Alaska.

Raney, moreover became popular when he starred in the Reality show Homestead Rescue along with his children Matthew Raney and Miles Raney.

The show is currently in its fifth season and airs on Discovery Channel. On average, a reality TV star in Discovery channel earns $40,000 -$60,000 per season. Since Raney is a known name in reality shows, his earning is reported to be $81,000 per season.

Raney in addition to that is a singer, musician, and songwriter. He released albums Strummit from the Summit and If That Bus Could Talk. 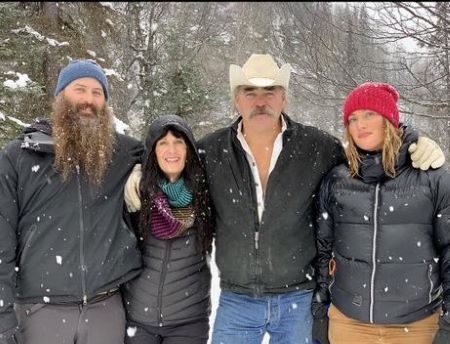 Marty Raney with his wife and his children.

Mollee Roestel and Marty Raney are together for over 44 years. They share four children together. They reside in Alaska.

Melanee Raney is the first child of Marty Raney and Mollee Roestel. She has three more siblings.

Misty Raney is the child of Marty Raney and Mollee Roestel. She has three more siblings.

Matthew is the child of Marty Raney and Mollee Roestel. he has three more siblings.

Miles is the child of Marty Raney and Mollee Roestel. he has three more siblings.