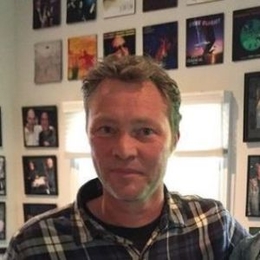 Martyn LeNoble is the second husband of Christina Applegate after her four-year marriage with fellow actor Johnathon Schaech ended in divorce. LeNoble and Applegate engaged on Pal Springs on 14 February 2010 and officially got hitched on 23 February 2013. 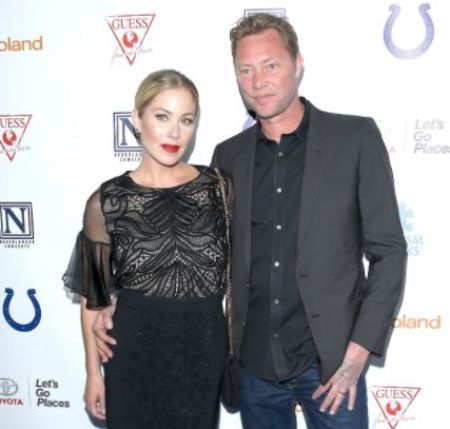 Former Friends Star Applegate announced she was expecting her first child with her then-fiance LeNoble in July 2010. The duo then welcomed a daughter together, Sadie Frace LeNoble, born in January 2011 at Cedars- Sinai Hospital.

Like many celebrities, Martyn and Christina have also tried to keep their daughter away from media attention. The proud parents have maintained their child's privacy at a top level. They rarely share Sadie's photo on social media. 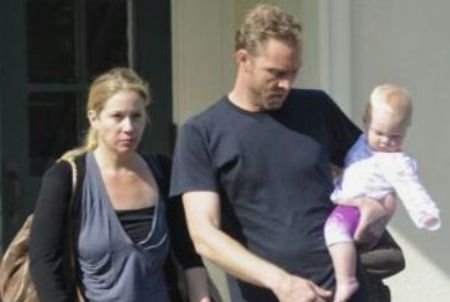 Not to mention, Martyn also has a daughter named Marlon LeNoble, born in 1997 to his ex-wife. His first wife's identity is not revealed as of yet. The musician often wishes his daughter Marlon on her birthday with a post via his Instagram account.

All in all, the married couple at present shares good chemistry with no signs of divorce. Besides this, before battling MS, Martyn's wife Applegate beat breast cancer in 2008. Later on, Christina had a double mastectomy, with her ovaries and fallopian tubes removed.

Here's the clip of Martyn LeNoble being frisked by police in 2013.

Meanwhile, Christina started her acting career as a child actor. She rose to fame from her portrayal of Kelly Bundy in the Fox sitcom Married ...with Children in 1987. The actress is known for roles on the silver screen in The Sweetest Thing, Hall Pass, Bad Moms and Anchorman.

As of 2022, Martyn's net worth is estimated at $1 million. The average salary of a bass guitarist is $20,000 per year. Meanwhile, Christina possesses an impressive wealth of $25 million with over three decades of an active career.

Martyn LeNoble and exchanged vows with his girlfriend turned wife, Christina Applegate. The two wed in 2013.

Martyn also has a daughter named Marlon LeNoble, born in 1997 to his mysterious ex-wife.